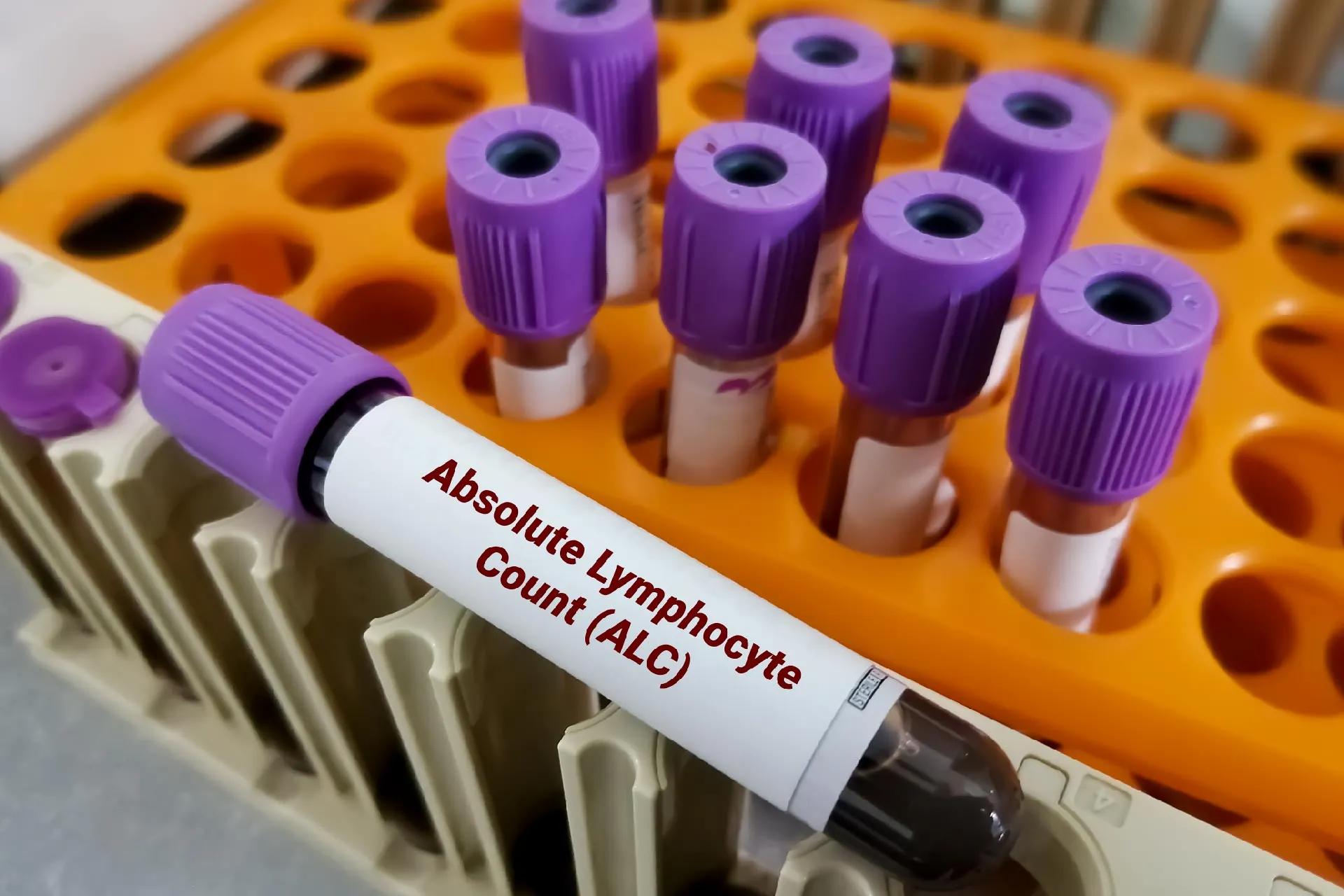 The body’s immune system responds to threats of infection and disease using the white blood cells protecting the body from harmful bacteria and viruses. Lymphocytes are among the significant components of the white blood cells circulating through the bloodstream. Thus, a high or low over the absolute lymphocyte count normal range signifies an underlying health condition requiring immediate attention. Several diagnostic tests determine lymphocyte count, but let us first understand what they are.

Lymphocytes are white blood cells developing in the bone marrow and thymus and forming a part of the body’s immune system. Lymphocytes make up 20 to 40% of the total blood volume, but tests determine the absolute lymphocyte count normal range in circulation. High lymphocyte count is lymphocytosis, indicating infection or other underlying medical conditions like leukemia. On the other hand, viruses or other factors like fasting and severe physical stress can result in a reduced count called lymphocytopenia.

There are three types of lymphocytes, namely:

The cell originates in the stem cells and bone marrow. Their primary function is making antibodies – a protein of the immune system which fights foreign bodies called antigens. Each B Cell produces a specific antibody matching an antigen for destruction

The cell originates in the stem cells and the bone marrow, which transforms into T Cells after traveling to the thymus. The primary function of T Cells is to kill cancer cells and manage the immune response to a foreign organism. In addition, the T Cells destroy cells taken over by viruses or cancer

With origin similar to the other lymphocytes, these cells respond quickly to foreign substances, especially targeting and killing cancerous and virus-infected cells

Doctors usually prescribe blood tests to evaluate various components, including red blood cells, white blood cells, platelets, and hemoglobin, to diagnose a medical condition. An imbalance- in the reference range indicates the presence of infections and toxins in the body, which need treatment. Since lymphocytes are a major constituent of the immune system, the absolute lymphocyte count is the benchmark test for determining its level in the bloodstream. So, let us find out what the test means.

The absolute lymphocyte count denotes a whole number instead of a percentage. So, you get the desired figure by multiplying the total number of blood cells and the WBC percentage comprising lymphocytes.

Doctors also refer to the Packed Cell Volume (PCV) or hematocrit result to tell the ratio of RBC in the blood. Moreover, deviation from the PCV test normal range indicates certain diseases like anemia.

The test does not require any preparation, as a collection of the blood sample is relatively simple and painless. However, informing the doctor about the consumption of medications or allergies is imperative before conducting the test. In addition, it is comfortable to wear a loose half-sleeve shirt to help the phlebotomist to draw the blood sample.

You can visit the lab to provide the blood sample or ask for home collection as the procedure is uncomplicated, needing just a few minutes:

Most Indian diagnostic laboratories conduct absolute lymphocyte count blood tests at a cost varying between Rs.100 and Rs.300, depending on the location. The doctor’s primary concern is looking for numbers out of the normal range in the test report. That makes understanding the absolute lymphocyte count normal range based on age. Accordingly, they are:

Further tests include blood or imaging like X-Ray, CT Scan, MRI, and USG, besides swabs and biopsies, depending on what the doctor suspects.

Additional Read: What does a VDRL test mean?

The test’s primary purpose is to find an abnormal lymphocyte count indicating an underlying medical condition.

We already know that the high count is lymphocytosis and may indicate any of the following:

There are many specific causes of lymphocytosis, but the most accepted implication is that the body reinforces the immune system. In turn, it will combat infectious pathogens and substances. The indicative reasons are:

Lymphocytopenia is when the blood’s lymphocyte count is low, and the body does not produce enough lymphocytes. It also occurs when lymphocytes accumulate in the spleen or lymph nodes. The other indicative causes are:

The following are more specific in addition to the above inferences, where B and T Cells counts indicate various diseases. [2]

One must not be alarmed just due to a high or low absolute lymphocyte count without symptoms and serious problems. The normal level restores after some time as the body responds to infections and other underlying conditions. However, the high lymphocyte count over an extended period indicates severe medical conditions. Visit Bajaj Finserv Health, which provides valuable insights via teleconsultation into various health concerns with tips to cope with them. In addition, their protective insurance plans cover multiple diseases that can eliminate lifetime savings in severe conditions.