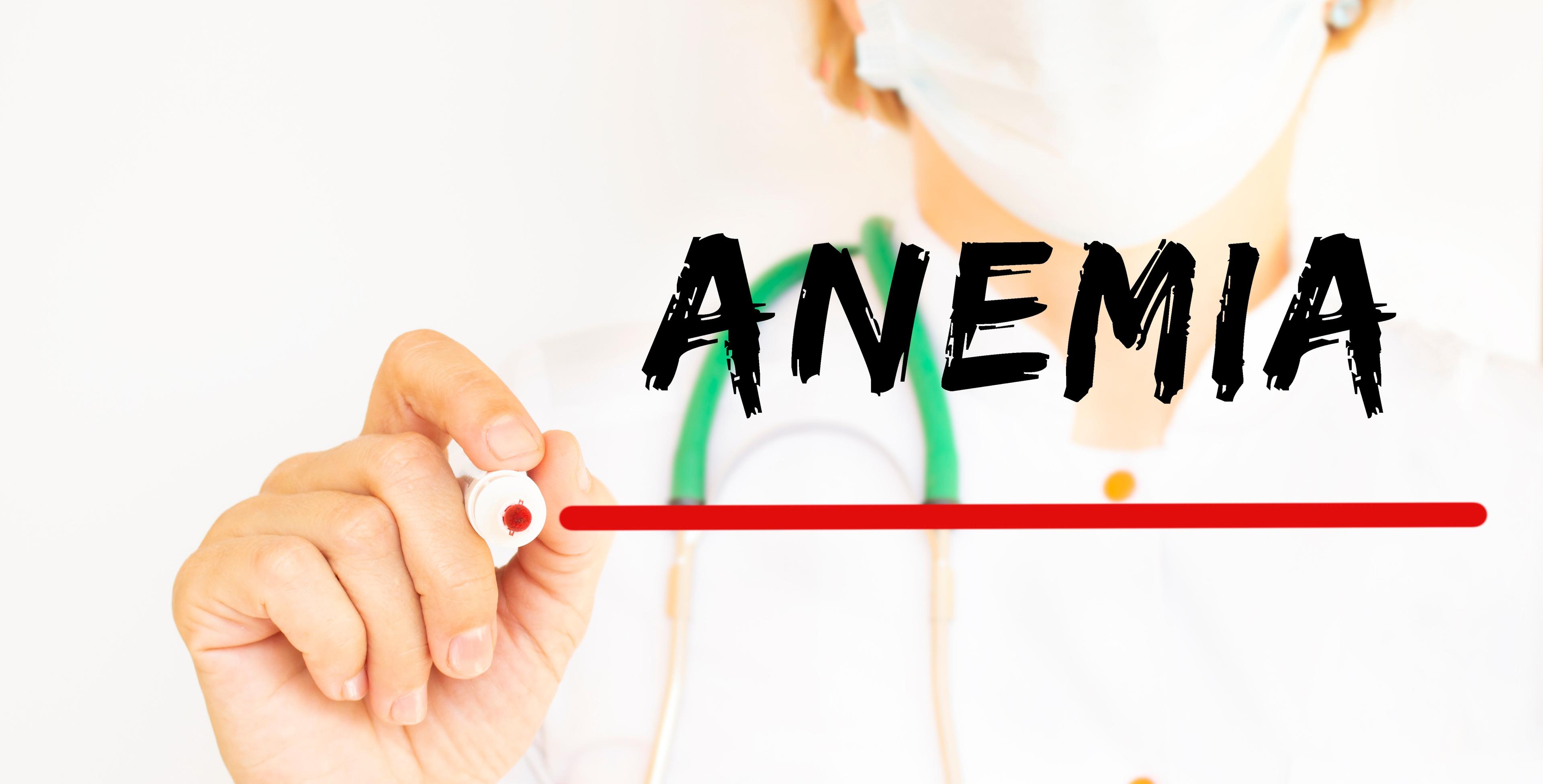 There are many types of blood disorders that can affect the body, and all of these should be treated with some level of priority. Even something as common as anemia should be immediately diagnosed and treated at the earliest. This is because delaying treatment for anemia can lead to it increasing in severity and getting a lot deadlier as time progresses. To make matters worse, those affected with anemia are often unaware of it, as the early anemia symptoms are fairly easy to overlook. Being tired or feeling weak can easily be justified by countless other factors but, in actuality, these are signs of anemia.

Simply put, anemia is when the body’s red blood cell (RBC) count is low, which in turn affects blood oxygen levels. Without adequate supply of oxygen to the organs, there is improper functioning, which brings about the many symptoms of anemia. In many cases, anemia is caused by haemorrhaging or physical trauma of some form. The blood loss causes an iron deficiency (though there can be other reasons for iron deficiency anemia), which then develops into a form of anemia. Alternatively, anemia can also be genetic, and may result in abnormal haemoglobin production or a reduced life span of RBCs. There are many such nuances to the anemia disease, and given how common it is, being informed about can prove to be very helpful.

Here’s all you need to know about anemia.

Anemia is a condition that occurs when the number of healthy red blood cells in the body are too low. This is a problem because the red blood cells are responsible for transporting oxygen to the different parts of the body. As such, a low RBC count would result in lower blood oxygen levels than normal. It is due to this lack of oxygen supply to the different organs and tissues that the symptoms of anemia occur.

Anemia is the most common blood disorder, with around 1/3 of the total population across the world exhibiting some form of the disease. Anemia is diagnosed when the haemoglobin levels are below 13.5 gram/100 ml for men and below 12.0 gram/100 ml for women. Haemoglobin is the protein in RBCs that carries oxygen to various organs and tissues.

When it comes to the classification of anemia, it can be done from 3 points of view. These are red cell morphology, clinical presentation, and pathogenesis. When classified based on clinical presentation, the disease is either acute or chronic anemia. By definition, acute anemia occurs when there is an unexpected or abrupt decline in red blood cells, whereas chronic anemia is when there is a gradual decline of RBCs brought on by nutrition deficiency, drugs, disease, or some other factor.

Based on these, there are several types of anemia and here are a few common ones to note.

This is the most common form of anemia and is caused by inadequate iron levels in the body. This can arise due to chronic blood loss or other factors, such as the inability to absorb iron, which can cause iron deficiency.

Caused by damaged bone marrow, which leaves it unable to produce enough RBCs.

Caused when the body destroys RBCs faster than it can produce them. This can be inherited or developed at any point in life.

A lack of vitamin B12 and folate leads to unhealthy RBCs. This affects production of RBCs, leading to anemia. Alternatively, an inability to properly absorb vitamin B12 can also lead to an anemia known as pernicious anemia.

An extremely rare form of anemia in which the bone marrow has impaired function and doesn’t produce sufficient RBCs.

While a few of the types of anemia are fairly self-explanatory and their cause is clear, there are also specific reasons behind others. To highlight a few, here are some common causes of anemia:

You might not even be aware that you have anemia because the symptoms can be so subtle. Symptoms typically start to occur when your blood cells begin to decline. The following early symptoms may be present, depending on the etiology of the anemia:

Besides appearing pale, there are several symptoms you may experience with anemia. Amongst the most common is feeling cold and overly fatigued. In addition to these symptoms, you may also experience the following: These are among the more common symptoms, but as mentioned earlier, anemia may also be caused by an underlying chronic illness. In such cases, you may also show signs and symptoms characteristic to the particular illness alongside these. However, upon noticing the signs of anemia, such as fatigue, pale skin, and feeling cold, you should consult a specialist.

Age and gender affect daily needs for vitamins and iron. For example, due to iron loss during menstrual cycles and fetal growth during pregnancy, women require more iron and folate than men do.

The National Institutes of Health recommend the following daily iron consumption for persons aged 19 to 50:

Only 8 mg of iron is needed daily for people over 50. However, you may require a supplement if you cannot obtain enough iron levels via food alone.

Suitable food sources of iron include:

The body spontaneously produces folic acid in the form of folate.

Four hundred micrograms of dietary folate equivalents (mcg/DFE) per day are necessary for people over 14.

Foods high in folate include, for instance:

Adults should consume 2.4 mg of vitamin B12 daily. According to the NIH, pregnant women need 2.6 mcg daily, while nursing mothers need 2.8 mcg daily.

The two finest sources of vitamin B12 are beef liver and clams. Other reliable sources are:

For people who don't obtain enough from their diets, vitamin b12 is also sold as a supplement.

A few things may increase your chance of acquiring anemia. These consist of the following:

The first thing to note with anemia treatment is that it relies solely on the cause. So, doctors will only prescribe treatment based on the type of anemia. For instance, for anemia that is caused by insufficient iron on the body, nutritional supplementation is the most common approach. In addition to that, dietary changes are also very likely to be advised as the condition may be easily fixed by incorporating foods rich in iron.

However, in more severe cases of anemia, doctors may resort to erythropoietin injections or blood transfusions, based on whether you have a low haemoglobin count and other factors. Thankfully, common cases of anemia are typically treated with multivitamins and, for recovery, it is best that you get care as soon as possible, especially if your family has a history with the anemia disease.

How Is Anemia Diagnosed?

Your medical history, your family's health history, a physical examination, and anemia are first diagnosed.

It might be beneficial to have a family history of specific anemias, including sickle cell disease. In addition, exposure to harmful substances in the past at work or home may indicate an environmental cause.

Anemia is most frequently diagnosed by laboratory testing. The following are a few types of tests your doctor could recommend:

Your hemoglobin levels are determined by the CBC blood test, which may also reveal the quantity and size of red blood cells. It can also show whether levels of other blood cells, such as platelets and white blood cells, are expected.

A blood test termed a reticulocyte count quantifies the number of reticulocytes or immature red blood cells. It can assist your doctor in determining how much new red blood cell production is occurring in your bone marrow.

A serum iron test is a blood examination that counts all the iron in your blood. It can reveal whether an iron deficit brings on anemia.

Test for vitamin B12

A folic acid test is a blood test that determines your amount of folate and might let you know if it is too low.

A blood test called the Coombs test searches for autoantibodies, which attack and kill your red blood cells.

This test uses a chemical to examine a feces sample to check for the presence of blood. Blood loss within the digestive system occurs if the test returns a positive result. Blood in the stool can be a symptom of medical diseases such as stomach ulcers, ulcerative colitis, and colon cancer.

Test on the Bone Marrow

Your doctor can check the aspirate or biopsy of your bone marrow to see if it is healthy. These tests can be highly beneficial if diseases like leukemia, multiple myeloma, or aplastic anemia are suspected.

Anemia can progress and lead to potentially life-threatening consequences if left untreated. These may consist of the following:

You must visit your doctor if you experience any anemia-related symptoms or indications to prevent potential problems. Anemia is typically treatable with ease.

When it comes to a health condition like anemia, prevention should a priority as some cases can be quite difficult to manage, and are even life threatening. However, there are over 400 different types of anemia, classified under heads such as microcytic hypochromic anemia. So, while a quick online search may advise you to up your iron intake, doing so without proper medical guidance is unadvisable as you run the risk of developing another complication. So, seeking medical care should be your first step towards fighting anemia, and this made much easier with the most accessible and affordable healthcare platform provided by Bajaj Finserv Health.

The platform helps you access a range of healthcare benefits in a simple and easy manner. You can find the best doctors in your area, book appointments at their clinics online, and consult virtually over video. These features make remote care a reality, especially when physical visits aren’t possible. Additionally, the platform also has a ‘Health Vault’ feature that allows you to maintain digital patient records, track your vitals, and share this data with specialists, be it laboratories or doctors. Get started and make your health your priority!