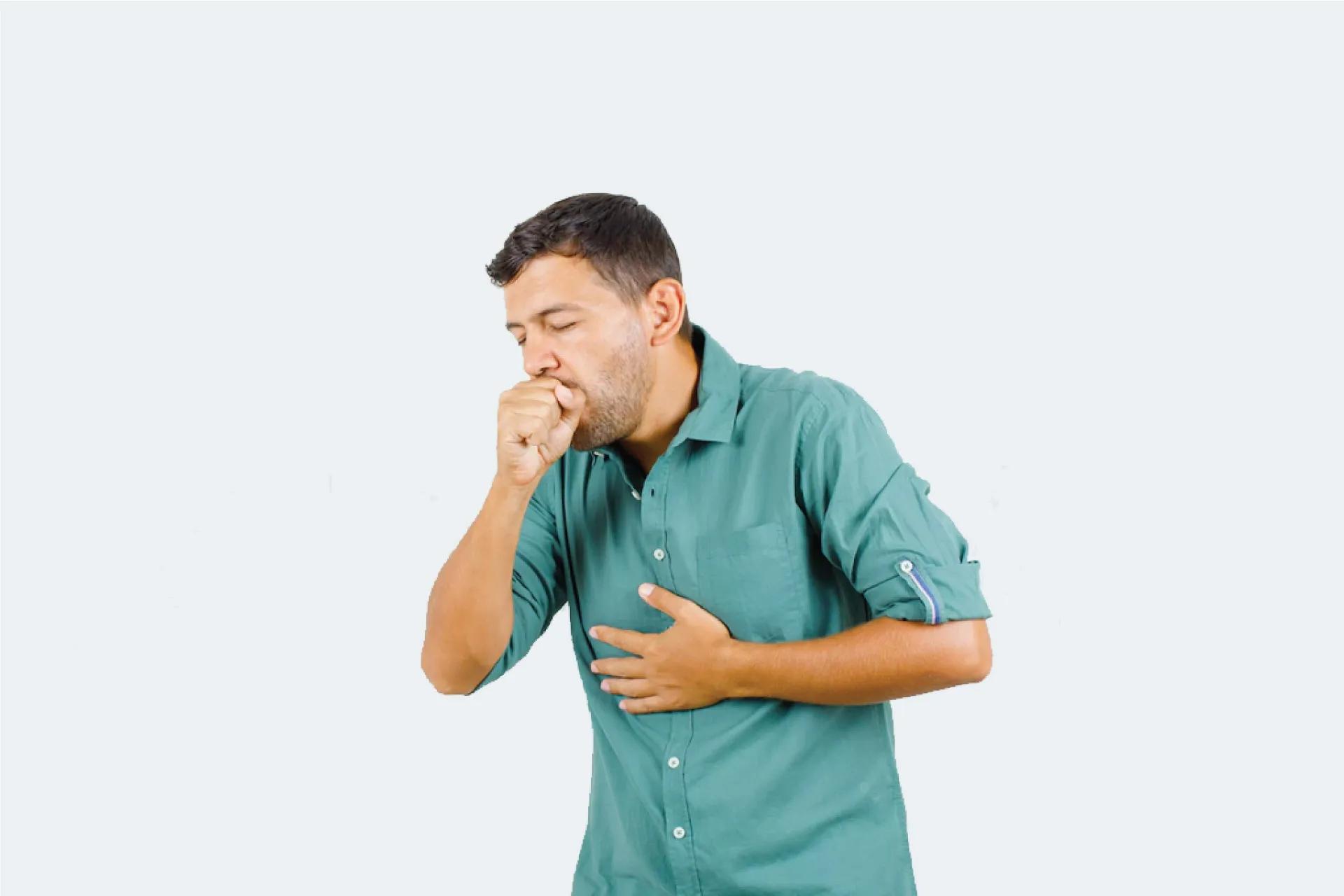 is characterised by inflammation and enlargement of the bronchial tubes, causing cough and excessive mucus production. Dealing with bronchitis is annoying, to put it mildly. The cough might feel endless, even after the other cold symptoms have subsided. This blog discusses everything you need to know about bronchitis and how to cope with it.

Bronchitis occurs when the bronchial tubes turn inflamed and enlarged, resulting in persistent cough and mucus. Cough can last from a few days to a few weeks, and it may be difficult to breathe due to the congestion. Most cases of bronchitis can be traced back to an initial infection in the sinuses, ears, or throat. ​​When the infection reaches the bronchi (the large and medium-sized airways of the lung), it can cause serious problems.

Two types of bronchitis are acute and chronic.

This type of bronchitis is more common. Acute bronchitis lasts for a set period of time. Symptoms last a few weeks, but it rarely causes difficulties after that.

It frequently resembles a viral infection, such as a cold or the flu, and the same virus may cause it.

This bronchitis type is a little more serious. It either returns or does not go away.

Chronic bronchitis has symptoms similar to acute bronchitis but is a long-term sickness.

If a person has chronic bronchitis, they experience cough for at least three months of the year, for two or more years in succession.

According to the National Library of Medicine, it is classified as a kind of chronic obstructive pulmonary disease (COPD) in which the bronchial tubes create a lot of mucus. [1]

According to the Centers for Disease Control and Prevention (CDC), a person who develops emphysema alongside chronic bronchitis will be diagnosed with COPD. This is a dangerous and potentially fatal condition. [2]

When your body fights the pathogens, bronchial tubes enlarge and produce more mucus. That means you have fewer openings for air to move through, which can make breathing hard.

However, it is not the only illness that causes a cough. A persistent cough could indicate lung cancer, asthma, pneumonia, or other illnesses. Anyone who has a persistent cough should get a doctor's consultation.

Acute bronchitis is caused by the following:

Chronic bronchitis causes include the following:

Other plausible causes of bronchitis include the following:

First, a doctor will perform a physical examination and use a stethoscope to listen for unusual lung noises. After that, the doctor may prescribe certain tests to be done.

Although there is no particular testing for bronchitis, you may be tested for other illnesses. Among the possible tests are the following:

This can help to release mucus, increase airflow, and alleviate wheezing.

Exercising can help develop the chest muscles in order to improve breathing.

These exercises, such as pursed-lip breathing, can assist slow down and improve the effectiveness of breathing.

Your doctor is unlikely to recommend drugs to treat your bronchitis. In some circumstances, you can take drugs to alleviate symptoms or address the underlying problem, such as:

If the flu causes your bronchitis, your doctor may prescribe an antiviral drug such as Tamiflu®, Relenza®, or Rapivab®. If you begin taking antivirals as soon as your symptoms appear, you may feel better sooner.

If you're having problems breathing, your doctor may prescribe a bronchodilator (a medication that helps open your airways).

To minimise inflammation, your doctor may give corticosteroids and other drugs.

Antibiotics will most likely not be prescribed for bronchitis treatment unless your doctor suspects a bacterial infection.

Your clinician may prescribe extra drugs or breathing treatments for chronic bronchitis if you have COPD or asthma.

It helps ​​loosen or thin mucus in the airways, which enables patients to cough up phlegm more easily.

In severe circumstances, a person may require additional oxygen to help them breathe.

When Should You See a Doctor?

It is usually treatable at home with rest, anti-inflammatory medicine, and plenty of fluids. However, if a person has any of the following symptoms, they should consult a doctor:

Anyone with a pre-existing lung or heart issue should consult a general physician if they develop bronchitis symptoms.

It leads to airflow blockage and breathing problems. Acute bronchitis is a common illness that can be uncomfortable, but it usually goes away on its own within a few days. At the same time, chronic bronchitis is a more serious long-term illness. Smokers who continue to smoke may develop increasing symptoms, emphysema, and COPD. All of these illnesses can be fatal.

Anyone concerned about bronchitis symptoms should consult a doctor. To make this process easier, get an online doctor consultation, where you can talk to a doctor about any health issue from the comfort of your home. Visit ​Bajaj Finserv Health for more information or read more such blogs.