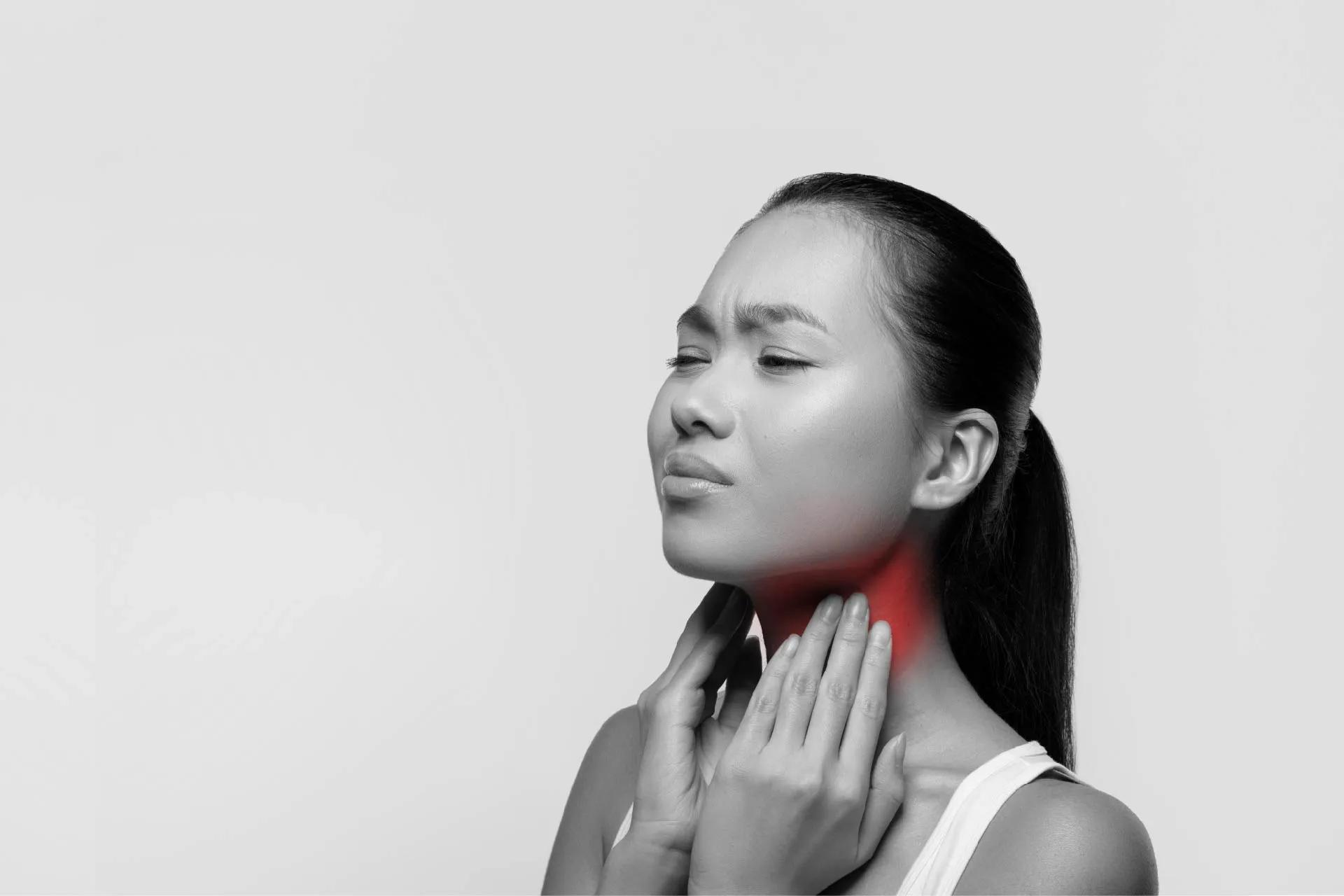 What is Esophageal Cancer? K​now Everything About It!

A malignant growth can develop in the esophagus lining, leading to esophageal cancer. The muscle and deep tissues of the esophagus may be affected when the tumor spreads. Healthcare professionals might be able to remove the cancer with surgery and other therapies if it is found early.

What is Esophageal Cancer?

As with the majority of cancers, the exact cause of esophageal cancer is still unknown. It is thought that it has something to do with abnormalities (mutations) in the DNA of the cells that make up the esophagus. These changes signal the cells to divide more quickly than healthy ones would.

Additionally, these mutations interfere with the signal that tells these cells when to die. As a result, they build up and develop into tumors.

According to experts, irritation in the esophagus promotes cancer growth [1]. Some practices and circumstances that may​ ​ cause the irritation include:

Additional read: Blood Cancer Awareness Month: When and How is it Observed? 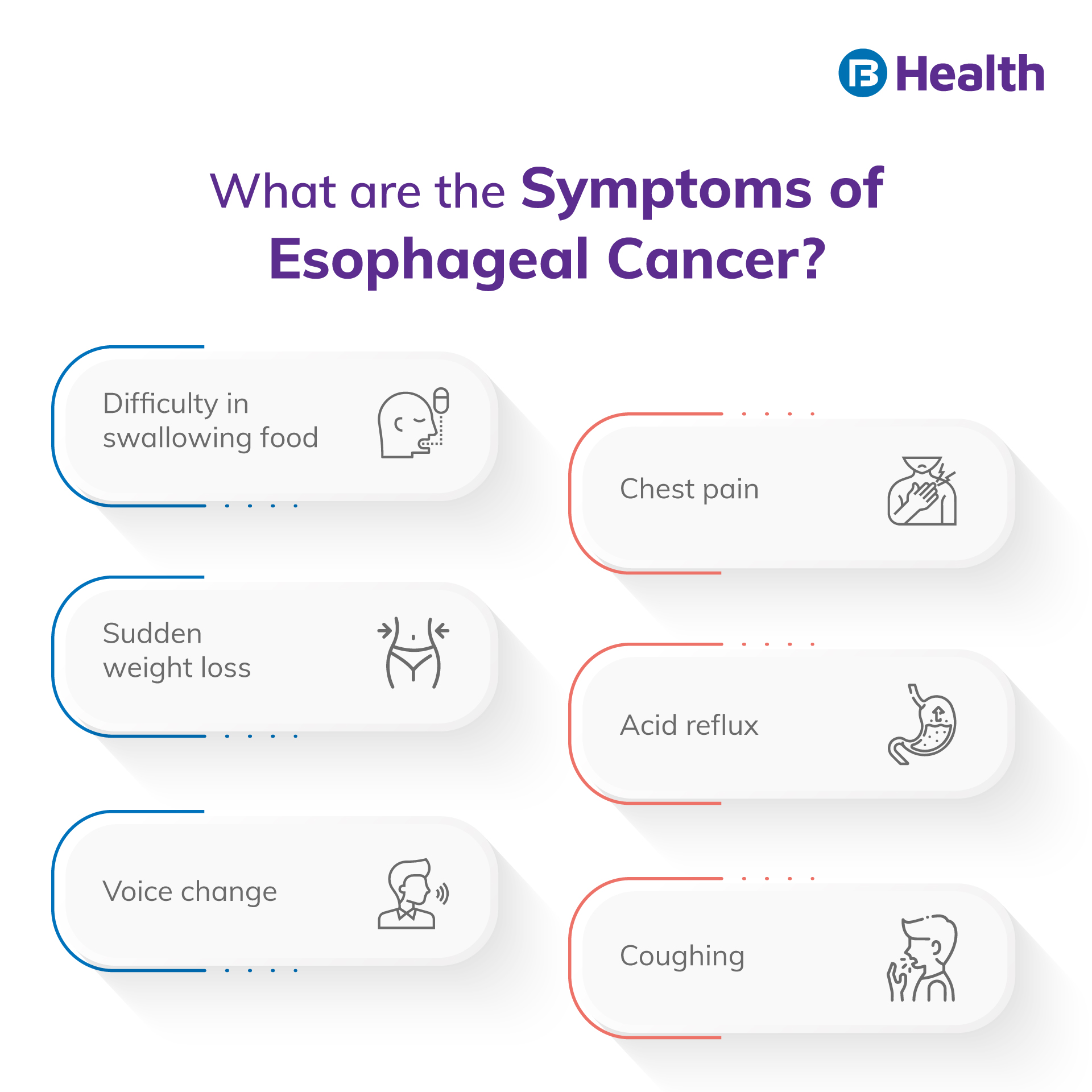 During the early stages of this malignancy, people frequently show no symptoms. As a result, most esophageal cancer diagnoses take place after the disease has progressed.

These signs and symptoms could be present:

The approaches a physician will employ to treat esophageal cancer rely on a number of factors, including:

Options for treatment include:

In order to eat and drink, the individual may require assistance in the following ways:

Either the whole tumor and any further malignant cells are removed during treatment, or the tumor is kept from growing any larger. A doctor could advise surgery, chemotherapy, or perhaps both for the most advanced stage 4 esophageal cancer.

People with esophageal cancer may benefit from the following surgical procedures:

There are several non-surgical methods for treating esophageal cancer, such as: 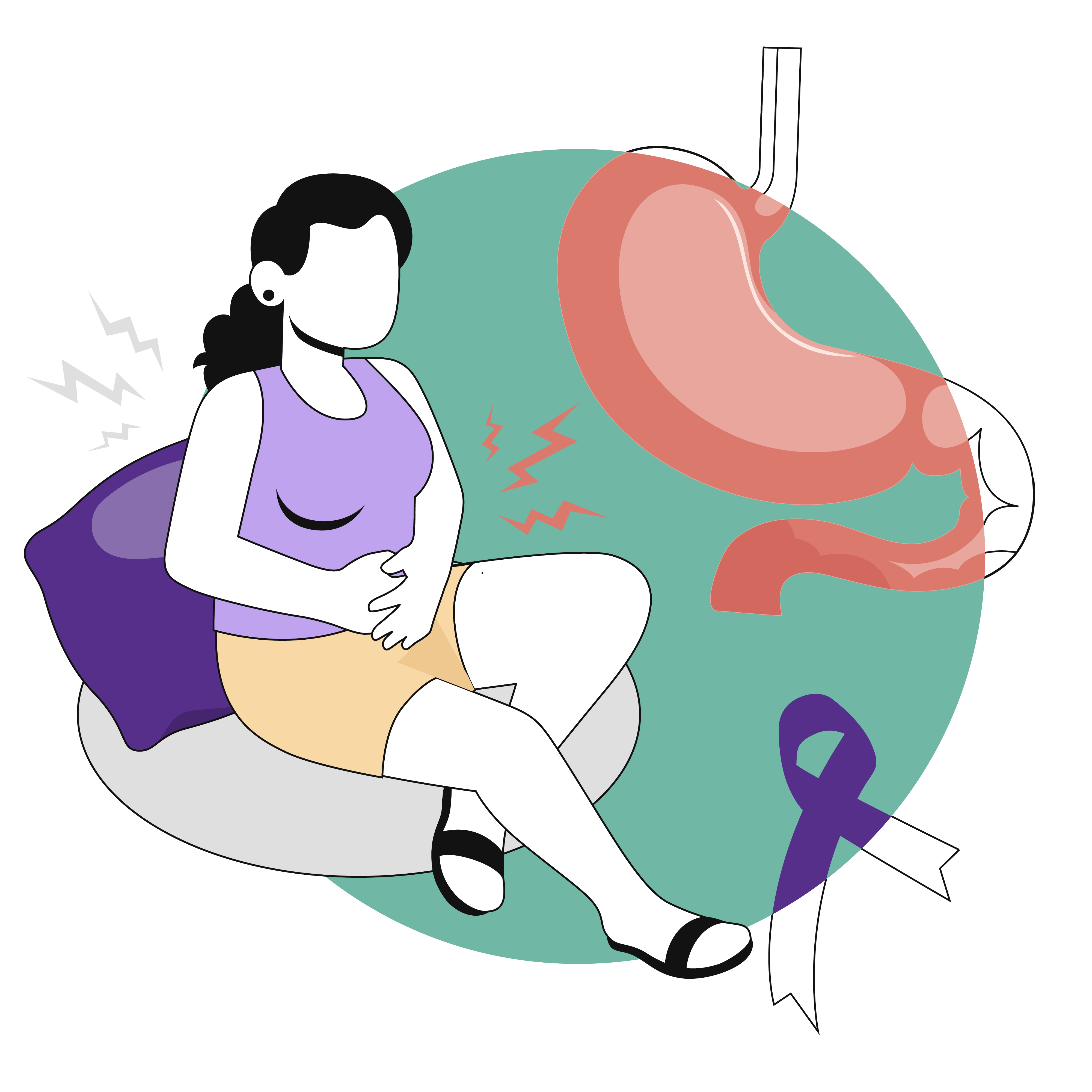 A doctor will check symptoms and inquire about their problems when a patient shows symptoms. Then, they might recommend the person to an expert.

The doctor will prescribe the following diagnostic tests

During this procedure, a doctor inserts an endoscope, a long, thin device, into the mouth, esophagus, and stomach. A light and camera are located at the end of the endoscope. The doctor examines the photos on a screen to check for tumors or other abnormalities.

If the endoscopy yields unexpected results, the doctor may extract a sample of tissue. The material is subsequently examined under a microscope by a pathologist. They are able to identify the presence of malignant cells.

The patient consumes a barium-containing liquid. X-rays reveal the presence of barium. A technician periodically captures a number of x-ray images. They'll show any waning obstructions that a tumor could produce.

An endoscope is attached to a tiny ultrasound probe. Then, the physician places it via the mouth into the target position. This generally happens after the doctor has determined that the patient has cancer but wants a closer look at the tumor on a monitor. If cancer has spread to the surrounding tissue, this kind of test could reveal it.

A CT scan can help assess how far cancer has spread.

Complications brought on by esophageal cancer include:

The eighth most prevalent cancer in the world is esophageal cancer [2]. One of the hardest malignancies to cure is this one. Because of the esophageal cancer symptoms it creates, people might not become aware of them until the disease has already spread. For esophageal cancer, there is no treatment. In that case, healthcare professionals focus on providing patients with the finest care possible so that they can live as long as possible. Being informed that you are ill and there is no treatment is one of life's most challenging experiences. You might need some time and support to accept your circumstances. Cancer specialists from Bajaj Finserv Health are aware of this and will take all reasonable steps to assist you, including suggesting that you talk with a mental health professional. Getting a doctor consultation or an oncologist consultation will not only help you know more about esophageal cancer, but you can also know about other common types of cancers, such as stomach cancer, bone cancer, etc.