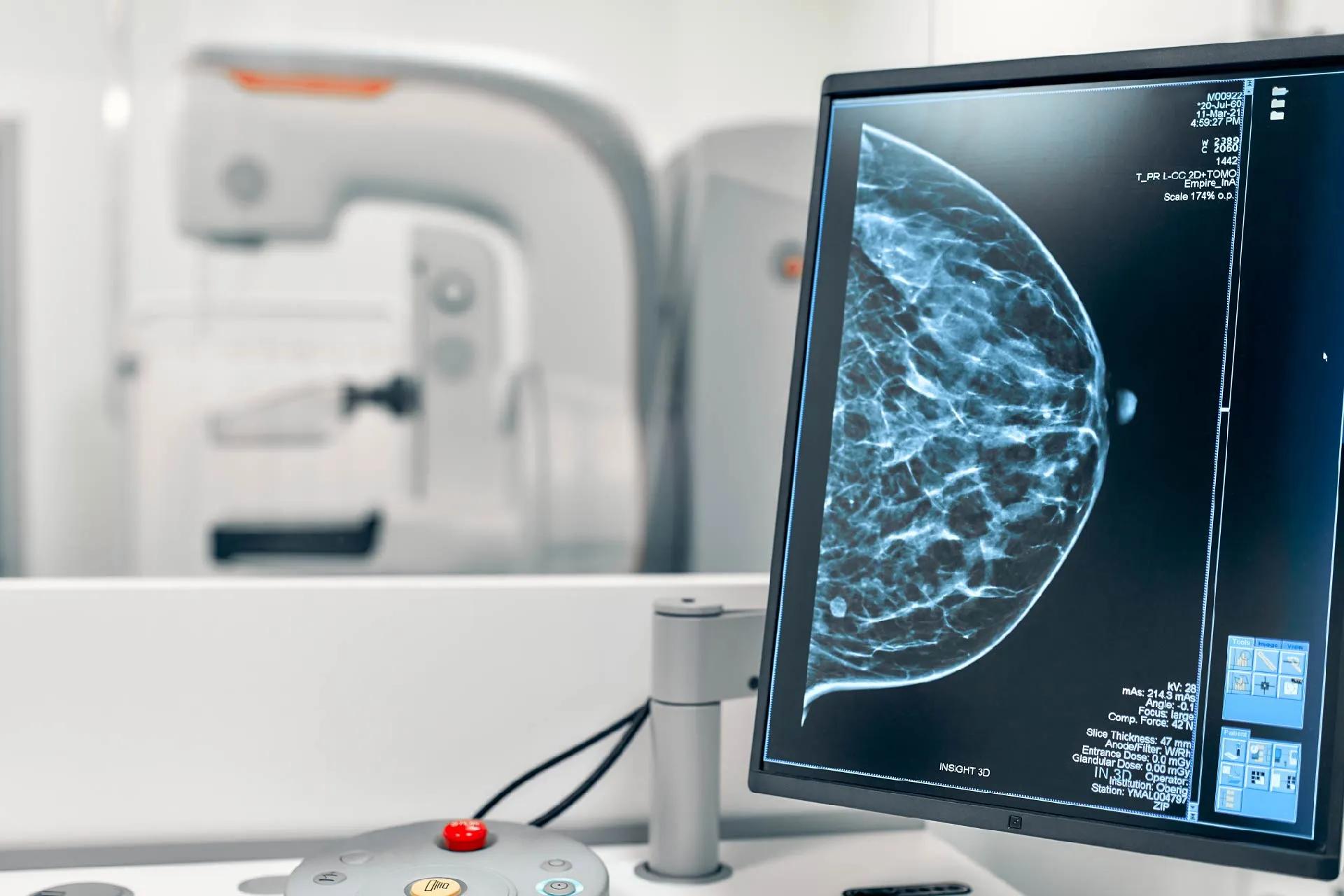 Mammograms are a test that is a prerequisite in the process of diagnosing breast cancer. There are two types of Mammograms. One is a screening mammogram, and the other is a diagnostic mammogram.

A mammogram is a screening procedure that can detect and locate any sort of lumps, tumours, or abnormalities in the tissues of your breast. It is the first step in the process of diagnosing cancer in your breast. Next, the doctor would ask you if you did a self-examination. Before the screening test, performing a self-examination regularly at home is crucial to sense an abnormality on your end. The process of a mammography test is that there are x-ray images taken from various angles to know how intense the anomaly is. If you have undergone any other medical procedure on your breast, you would have to take a diagnostic mammogram which means a more extensive breast screening. In this, the radiologist would take more x-rays and capture the breasts from multiple angles to identify the anomaly. In this procedure, the radiologist magnifies certain areas of the breast in the x-rays to understand the affected regions specifically. Mammogram examinations generally take 30-40 minutes to complete, and this procedure is not affected by breast size or any other factor [1]. There is usually a question that goes around about whether mammograms are painful or not. The procedure is not generally painful except for the slight discomfort one might feel due to the compression of the breast in order for the tissues to expand.

A mammogram starts with you having to change into a smock, a gown-like dress that ties or wraps near the neck in a way that exposes your breast appropriately to make the examination. You might have to stand or sit for the procedure depending on the facilities and the equipment set in the testing centre. Once the procedure starts, each breast is placed in an x-ray plate, and a compression plate presses the breasts intending to expand the tissues. This is done to get a clearer view of the tissues in the x-ray. It is recommended that you hold your breath while this happens to reduce discomfort and make the compression easy. There is always a possibility for some discomfort. However, it is for a very short period of time. A recommendation would be to schedule the mammogram 10-12 days post your period. That is the time when your breasts would be the least sensitive. This way, the discomfort during your mammogram would be reduced to a great extent.

What Are the Uses of Mammogram?

The following are the uses of a Mammogram:

Side Effects and Contraindications of Mammogram 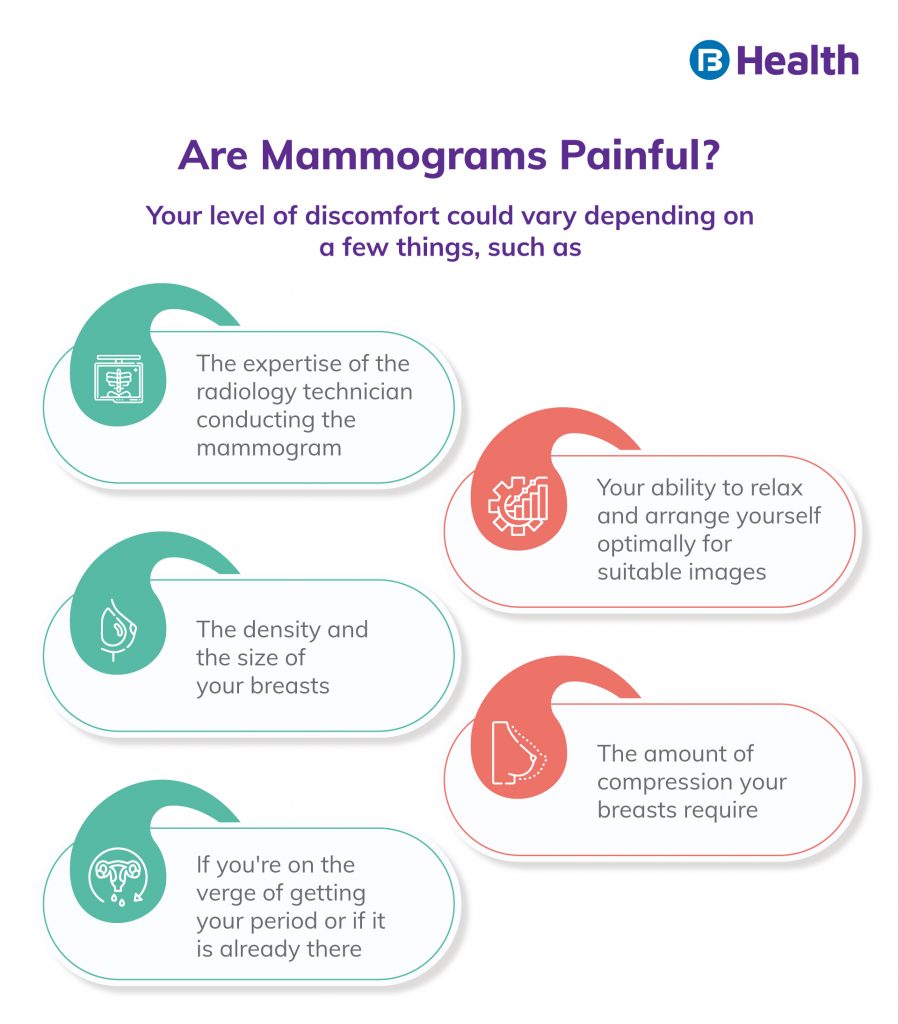 It is important to know what a mammography test involves X Rays. In this procedure, the X-rays are converted into images using an imaging technique to capture the details of the breast in the examination. This process is done by compressing the breast between two firm plates, making it spread on the surface. It is important that the tissues spread out for the images to be more accurately captured.

These images are displayed on a monitor for the doctor to examine them closely for any abnormalities. The images resulting from a mammography test are what is called a mammogram.

Once the mammography test is done, the doctor takes their time to read the images. This examination time might differ depending on the person and the situation. It often does not take more than a few days, and these results are shared with the healthcare provider.

The following categories can be found in the results

Additional Read: What Is Colorectal Cancer There are two types of mammograms:

A 3D mammography called Digital Breast Tomosynthesis(DBT) is a recent mammogram where each breast is compressed once, and the machine delivers multiple low x-ray doses as it moves in an arc over the breast. Then, the computer processes the image and shows a clear 3D image of the breast tissues.

The benefits of screening mammography are many, the biggest one being the early detection of cancer. This, if detected in an early stage, can be treatable. Cancer specialists say that even though there might be a slight risk of damage due to radiation exposure, one must get a yearly mammography test done, especially after age 40. Though mammograms are not painful, they can be a bit discomforting due to the compression. But since this is limited to a short period of time, the discomfort does not translate into pain.

In conclusion, there is no reason why you should not book an online doctor consultation. A bold step today will result in a better life tomorrow. Do not delay; book your oncologist consultation with Bajaj Finserv Health today!