World Population Day: When and Why It is Celebrated

Today, the world population has crossed the 7 billion mark. As a result, overpopulation is a serious issue. This special day brings to light the effects of such problems. It is used to shine a light on subjects like maternal health, family planning, and gender equality. Read on to know about Population Day and its significance.

How is World Population Day Celebrated?

Population Day follows a new theme every year. The theme for 2020 was "How to safeguard the health and rights of women and girls now". Many of the UNFPA nations host sports concerts and poster and essay contests. Some countries have seminars and public talks on issues of overpopulation.

To observe World Population Day in 2021, learn all about it, share what you learn, and donate to NGOs working for such causes. 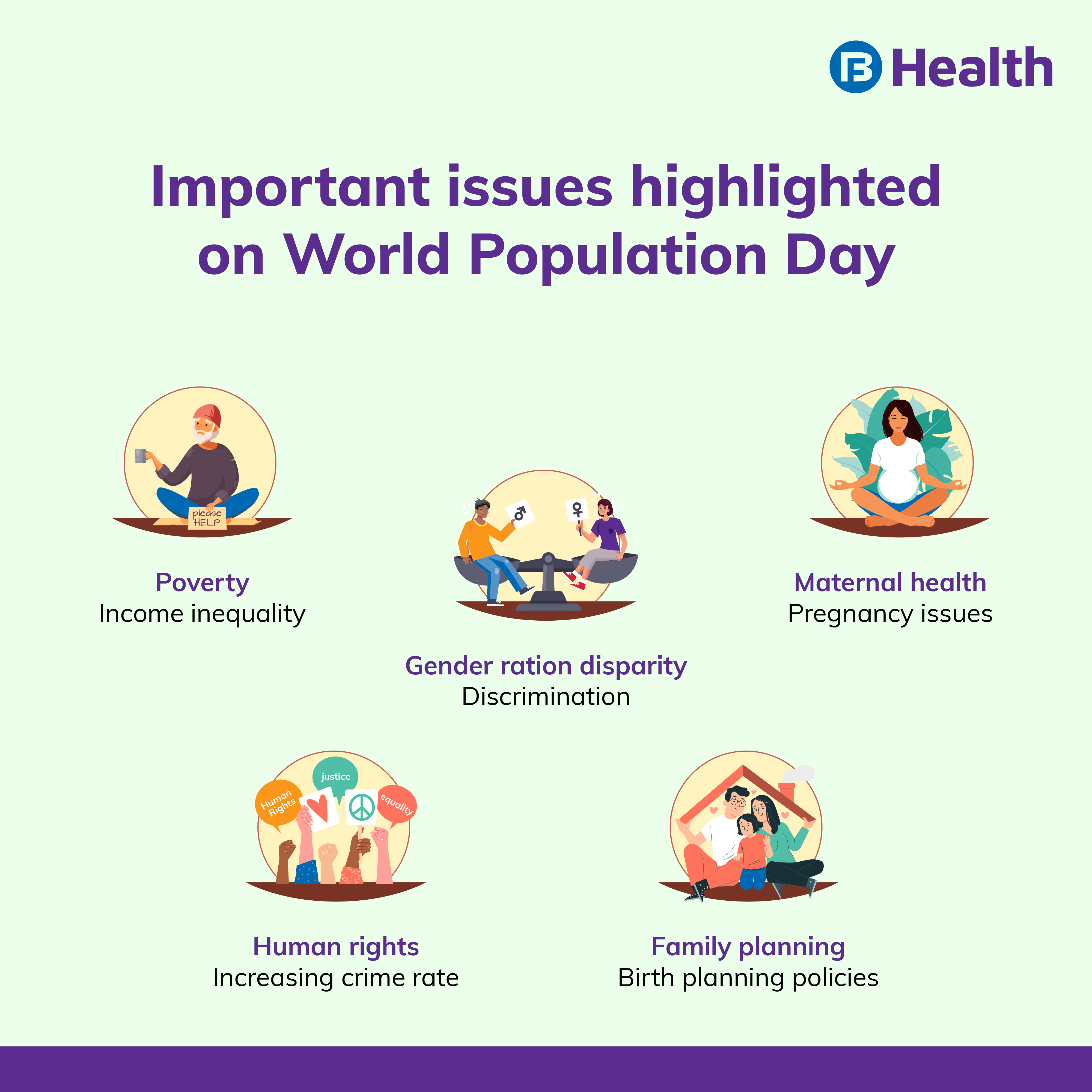 Which Issues Does Population Day Create Awareness On?

A 2019 report stated that 1.1 billion women aged 15 to 49 years need family planning. Among these, 270 million have no access to birth control.[2] UNFPA works to support them. They provide contraceptives and strengthen health systems and birth planning policies.[3]

In 2020, the male population ratio was 50.42% and the female ratio was 49.58%. That means that there are 106.9 males per 100 females. [4] The ratio difference arises due to many reasons. Gender discrimination and selection are two among these and get the coverage they deserve on this day.

Around 1.3 billion people live in poverty across 107 growing nations. 84.2% of them live in rural areas. [5] As per the UN, income equality within countries has become worse. [6]

The WHO states that almost 810 women die due to pregnancy and childbirth issues. Most of the maternal deaths, up to 94%, occur in lower and lower-middle-income countries. [7]

The UN has laid down human rights that focus on peace, dignity, and equality for all. [8] However, in countries with a large number of people, crimes like human and child trafficking are now a lot more common. World Population Day sheds light on such issues and how to deal with them.

Migration to urban cities has increased the spread of various infections. Diseases such as malaria, tuberculosis, and HIV/AIDs are a few to note. Further, urban slums are a major cause of many such infections. Poor standards of living in unclean areas lead to myriad health problems. Urban slums are very prone to such deadly infections. The lack of clean places, high levels of poverty, and a soaring mass of the population are a few reasons why. Migration also has a role to play in the spread of diseases. As people move to other places, they may become sick. What's more, a lack of nutrition in places with a large number of people increases the risk of tuberculosis and malaria. Over 50% of the worlds' population lives in urban areas and over half of the population is below the age of 30 years. Many of these youth face the threat of HIV/AIDS. In fact, youth are at a higher risk of HIV/AIDS. For example, Swaziland is home to 69,000 children orphaned due to AIDS. The disease also causes many deaths among adults in the country.

Large populations across the world have led to an increase in health issues. On World Population Day 2021, pledge to help control this spread of diseases. The first step you can take is to plan your check-ups or consult a doctor for any health problems you may have. Book an appointment with a doctor of your choice with ease on Bajaj Finserv Health.