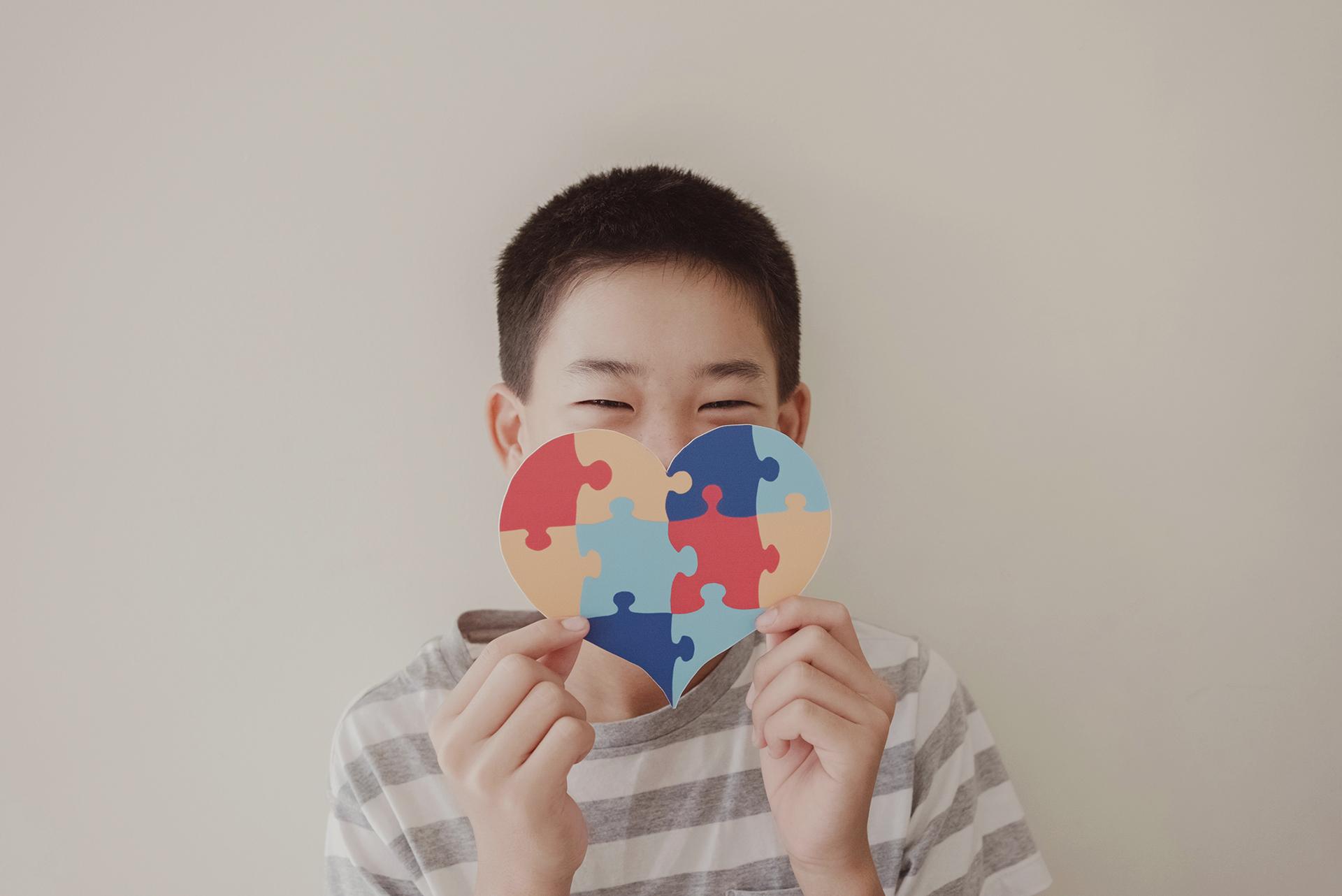 World Autistic Pride Day is celebrated on June 18 every year, to raise awareness about autism and applaud the neurodiversity and uniqueness of those who fall on the Autism Spectrum Disorder. Autistic Pride Day was first celebrated in 2005, by an organisation called Aspies for Freedom. One of the heart-warming things about this day is that the celebrations aren’t organised by corporations or charities. Instead, the event is completely managed by those falling on the Autism Spectrum Disorder.

The day also serves as a way to abolish the stigma attached to autism, encourage acceptance and focus on the individuality of those with Autism Spectrum Disorder. On June 18 every year, autistic pride is represented by an autism pride symbol: a rainbow-coloured infinity sign. It symbolises the diversity within the community, their pride, and the infinite possibilities that exist for those who are autistic.

This year, on June 18 Autistic Pride Day, why not educate yourself about the condition and the therapies that exist to help those with autism lead a better quality of life?

In a nutshell, Autism Spectrum Disorder is a broad term that is used to talk about a number of neurodevelopmental disorders. Those who fall on this spectrum typically have difficulty in communication, social interactions, as well as limited or repetitive behaviours. The word ‘spectrum’ is used as usually the symptoms vary, as does their severity.

Children most commonly show signs of autism by the time they are a year old. That said, symptoms may also show up around the 18–24-month mark. It is at this stage that doctors  are able to make a proper diagnosis. Also, it’s important to note that ASD or ASD has various sub-types. These pertain to the presence/absence of an intellectual or language impairment, association with a medical/genetic condition, association with environmental factors, association with other neurodevelopmental, behavioural, mental disorders and occurrence in combination with a condition known as catatonia.

While many promise an autism therapy cure, know that autism isn’t reversible or curable. That said, intensive therapy can help a person diagnosed with autism lead a better quality of life.

Early childhood is often between the ages of 12 and 24 months when the signs of ASD first clearly emerge. However, signs might possibly show up sooner or later.

One of the initial signs might be a significant delay in social or linguistic development.

Many communication issues that ASD might cause appear before age five.

Here is an illustration of a potential timeline for this:

Children with autism may also find it difficult to express their feelings or understand those of others as early as 36 months.

As they age, they might have speech impediments or trouble speaking. Other autistic kids' rates of language development might differ. For instance, if they find a subject highly intriguing, they may grow a very robust vocabulary for discussing that subject. However, they could have trouble talking to each other about other topics.

When children with autism begin speaking, their voices may have an unusual tone ranging from high-pitched and "sing-songy" to robotic or flat.

They may also display symptoms of hyperlexia, which entails reading material that is inappropriate for their age. Children on the autism spectrum may start learning to read earlier than their neurotypical peers, often as young as age two. However, they are unable to comprehend what they are reading.

Research indicates that roughly 84 per cent of children with hyperlexia are on the autistic spectrum [1], even though hyperlexia does not necessarily go hand in hand with autism.

Children with autism may find it challenging to share their feelings and interests with others or to continue a back-and-forth discussion when they engage with others. In addition, maintaining nonverbal communication skills like eye contact and body language may still be challenging.

Autism involves symptoms relating to body movements and behaviours and the communication and social difficulties discussed above.

These may consist of the following:

Additional signs and symptoms that some autistic people may experience include:

The American Psychiatric Association (APA) is the publisher of the fifth edition of the Diagnostic and Statistical Manual of Mental Disorders (DSM-5) (APA). Clinicians use it to identify a number of psychiatric diseases.

The DSM's fifth and most recent version was published in 2013. There are now five separate ASD specifiers, or subtypes, recognized by the DSM-5. They are as follows:

One or more subtype of ASD may be identified in a person during diagnosis.

Before DSM-5, autistic people were often diagnosed with the following:

A person who obtained one of these prior diagnoses has not lost their diagnosis and will not require reevaluation; it is crucial to highlight.

ASD's precise origin is uncertain. There is no one reason, according to the most recent study.

Among the hypothesized ASD risk factors are:

The National Institute of Neurological Disorders and Stroke (NINDS) claims that a person's propensity for ASD may be influenced by both heredity and environment.

However, it has been determined by several recent and antiquated sources that immunizations do not cause ASD.

A contentious research from 1998 suggested a connection between autism and the MMR vaccination (measles, mumps, and rubella). But later, in 2010, the paper was withdrawn after being refuted by more research [2]. So far, doctors haven’t found a single cause for ASD. Given that the symptoms and their severity vary, it’s more likely that a range of factors contribute to ASD.

Genetics seem to be a key factor. For some children, ASD is a product of a genetic disorder such as fragile X syndrome or Rett syndrome. Similarly, genetic mutations (inherent or those that develop spontaneously) also increase the risk of a child suffering from ASD.

Apart from this, the following are said to be risk factors of ASD:

While it’s still to be determined whether air pollutants and factors such as viral infections and complications during pregnancy can cause ASD, it is a myth that vaccinating babies can result in ASD. It has been proven that vaccines are safe and don’t cause autism.

A diagnosis of ASD entails:

All kids should get an ASD screening, according to the American Academy of Pediatrics (AAP), at ages 18 and 24 months.

The earlier ASD is discovered in youngsters, the better. Early diagnosis and assistance may be beneficial for them.

Many pediatric clinics employ the Modified Checklist for Autism in Toddlers (M-CHAT) as a standard screening tool. Parents answer the 23 questions on the poll. Following that, pediatricians can use the replies to identify kids who could be more likely to experience ASD.

The distinction between screening and diagnosis must be made. Children that test positive for ASD may not actually have the disorder. Additionally, not all autistic children are always detected during testing.

A variety of tests for autism may be suggested by your child's doctor, including:

The diagnosis is often made by a group of experts. This group might include the following:

Although doctors are unsure of the exact etiology of autism, they do think genes have a major impact on whether a kid is born with it.

Occasionally, according to medical professionals, if a woman was exposed to specific chemicals while she was pregnant, the kid may be born with birth abnormalities. However, during pregnancy, doctors are unable to determine if your unborn child will have autism.

Although it is impossible to avoid having a kid with autism, making the following lifestyle modifications will improve your chances of having a healthy child:

Live healthily. Get frequent checkups, consume well-balanced meals, and exercise. In addition, make sure you obtain top-notch prenatal care and take all the recommended vitamins and supplements.

Here are some suggestions to prevent autism:

Autism treatment therapy or autism therapies are extremely effective. They not only help reduce symptoms, but also greatly improve a person’s ability to communicate and take care of themselves.

When it comes to autism treatment, occupational therapy is a must. It helps children with learning everyday tasks, be it dressing themselves, eating by themselves or getting ready for school. This therapy is tailored to the things or tasks that a particular child struggles with.

If you’re looking for an unconventional autism treatment, animal therapy may be it. It helps with teaching children social skills, empathy and communication through interactions with animals such as dogs, horses and birds under the supervision of an experienced therapist.

When it comes to unconventional autism treatment, stem cell therapy can’t be ignored. Certain studies suggest that when stem cells are given intravenously, they can improve neural connectivity, thus benefitting children with ASD.

Are you searching for treatment in speech therapy? If so, you’re on track. Speech therapy is one of the most essential therapies as it helps children express themselves and communicate with others. Apart from verbal instruction, it also focuses on non-verbal cues such as eye contact and usage of gestures.

Apart from knowing about the therapies that help children with ASD, it’s important that you find the right therapist. This will allow you to measure your child’s progress regularly and learn how to best address their needs at every stage of development. Additionally, partnering with a specialist will allow you to make sense of terms you see online, be it autism treatment India G therapy or autism treatment dolphin therapy.

Find a therapist who understands your child’s needs on Bajaj Finserv Health. View a list of top specialists in your city and book an online or in-person appointment. Avail Bajaj Finserv Health card and get 10 free online consultations with top specialists. What’s more, you can get discounts and special offers from selected healthcare providers. Book an appointment and get started right away!