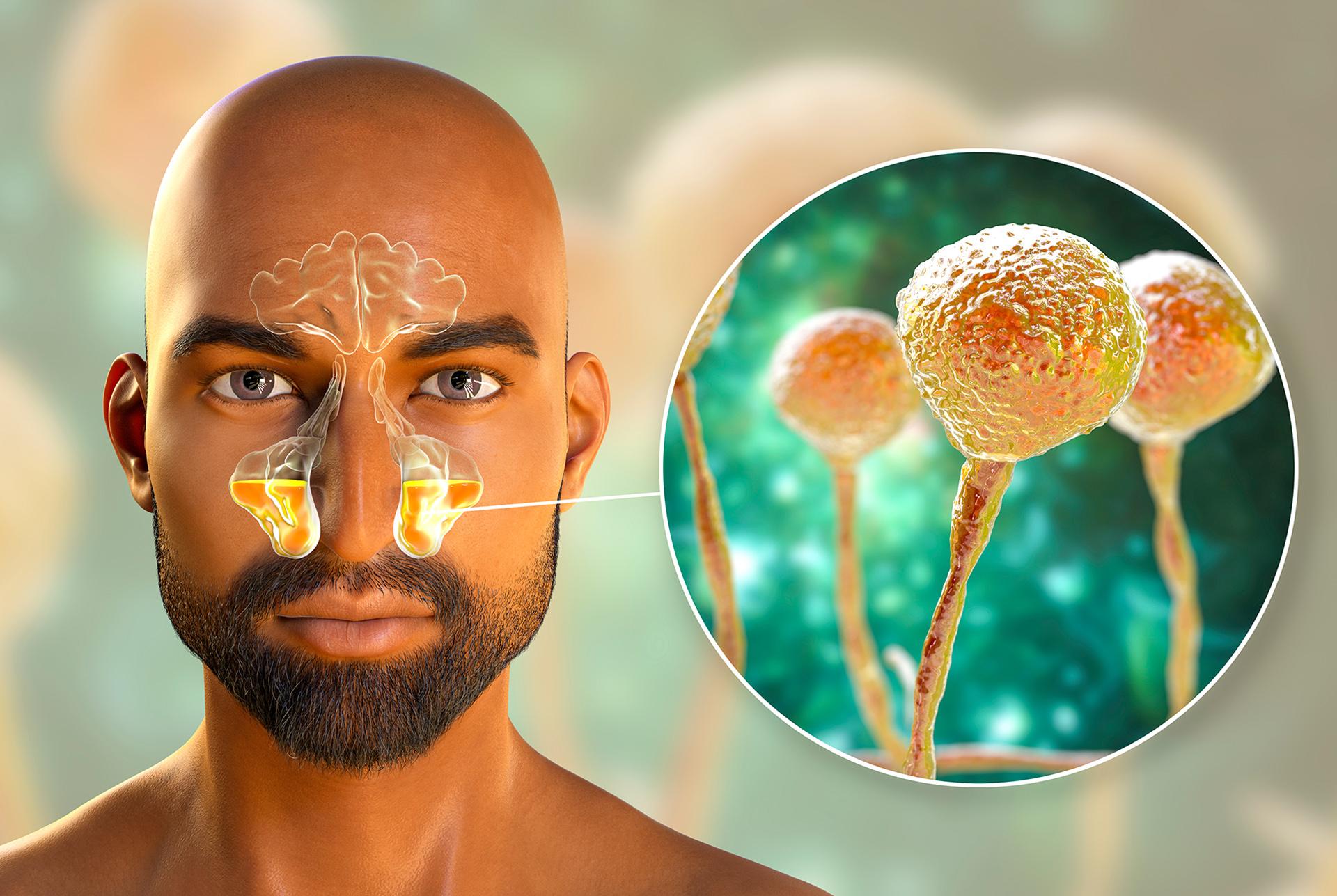 Amidst the second wave of coronavirus, infections like the black fungus surfaced anew. These fungal infections are a result of molds known as mucormycosis. The government has declared this infection an epidemic due to the rising number of cases. There are more than 40,000 cases of black fungus in India to date. Most of these cases are from the states of Gujarat, Maharashtra, and Andhra Pradesh.

Along with black fungus or mucormycosis, two other infections, white and yellow fungus have also been reported. All these diseases are not new. However, they affect those with compromised immunity and other issues such as diabetes and HIV/AIDs. Patients recovering from COVID-19 who also have secondary ailments are at high risk. This is why the number of these fungal infections is increasing. However, none of these can spread from person to person.

Read on to learn the difference between black fungus, white fungus, and yellow fungus.

What is a black fungus and what are its symptoms?

According to the CDC, mucormycosis or black fungus is a serious but rare fungal infection caused by a group of molds called mucormycetes. It mainly affects people with existing health problems or those who take medicines that lower the body's immunity. Patients undergoing cancer treatments, uncontrolled blood sugars levels, or taking heavy doses of steroids are more prone to it. Its name comes from the blackened tissue that is visible when the infection blocks the blood supply to the affected area.

Black fungus symptoms include the following. What is white fungus and what are its symptoms?

White fungus is related to the candida group of fungi. It can causes infections in the bloodstream, central nervous and respiratory systems, internal organs and the skin. Since a superficial symptom of this infection is a white thrush or growth seen in the mouth, beds of nails and nose, this has been called white fungus. Rather than white thrush, doctors advise patients to get a CT scan or X-ray to confirm the presence of white fungus.

Experts believe that white fungus may be a result of unsanitary use of oxygen cylinders or concentrators, medical ventilators, using tap water in humidifiers, and heavy use of steroids and drugs. All this helps this fungus spread to those who have low immunity and diabetes apart from kidney transplant patients. As of now, women and children are considered more at risk.

White fungus symptoms are similar to COVID-19 in many ways and include the following.

What is yellow fungus and what are its symptoms?

As per some doctors, Mucor Septicus or yellow fungus is more deadly than black and white fungi. This is because it can lead to organ failure and is difficult to identify. Yellow fungus is more common in reptiles and rare in humans. This fungus is a result of dirt, increase in humidity, poor hygiene, rotten food, and pollutants. Overdose of steroids and other anti-bacterial medications are also considered causes. Patients with a low level of immunity are at a higher risk of getting this infection just like the other two fungi.

The name yellow fungus is not really accurate as it does not refer to any visible colour reaction caused by this infection. Most likely, the name comes from the yellow pus that may sometimes be seen on a patient. Yellow fungus symptoms include the following

Is there a way to recognize each of these?

These fungi share many common symptoms, which makes them difficult to identify. So, it is better to consult a doctor when you notice any of the symptoms mentioned above.

What is the treatment for black fungus, white fungus and yellow fungus?

As these are all fungal infections, they are treated with antifungal medications. Liposomal Amphotericin-B, [5] a broad-spectrum antifungal medicine is currently used in the treatment of these infections. However, in severe cases like organ failure, doctors may follow surgical procedures to treat the patients. How to take precautions against black fungus, white fungus, and yellow fungus infections?

It is no doubt that these fungi are deadly and can lead to severe consequences. However, you can take these precautions.

In case of any white, yellow, or black fungus symptoms, consult a medical professional immediately. Book an doctor appointment with nearby in seconds on Bajaj Finserv Health.

Corona Update: Is the New Variant a Matter of Concern?

Omicron BA.5: What are The Symptoms, and How Dangerous Is It?

Omicron Variant BA.2.75: A Guide About This New Variant

How Long Does COVID Fever Last: 6 Facts You Need to Know