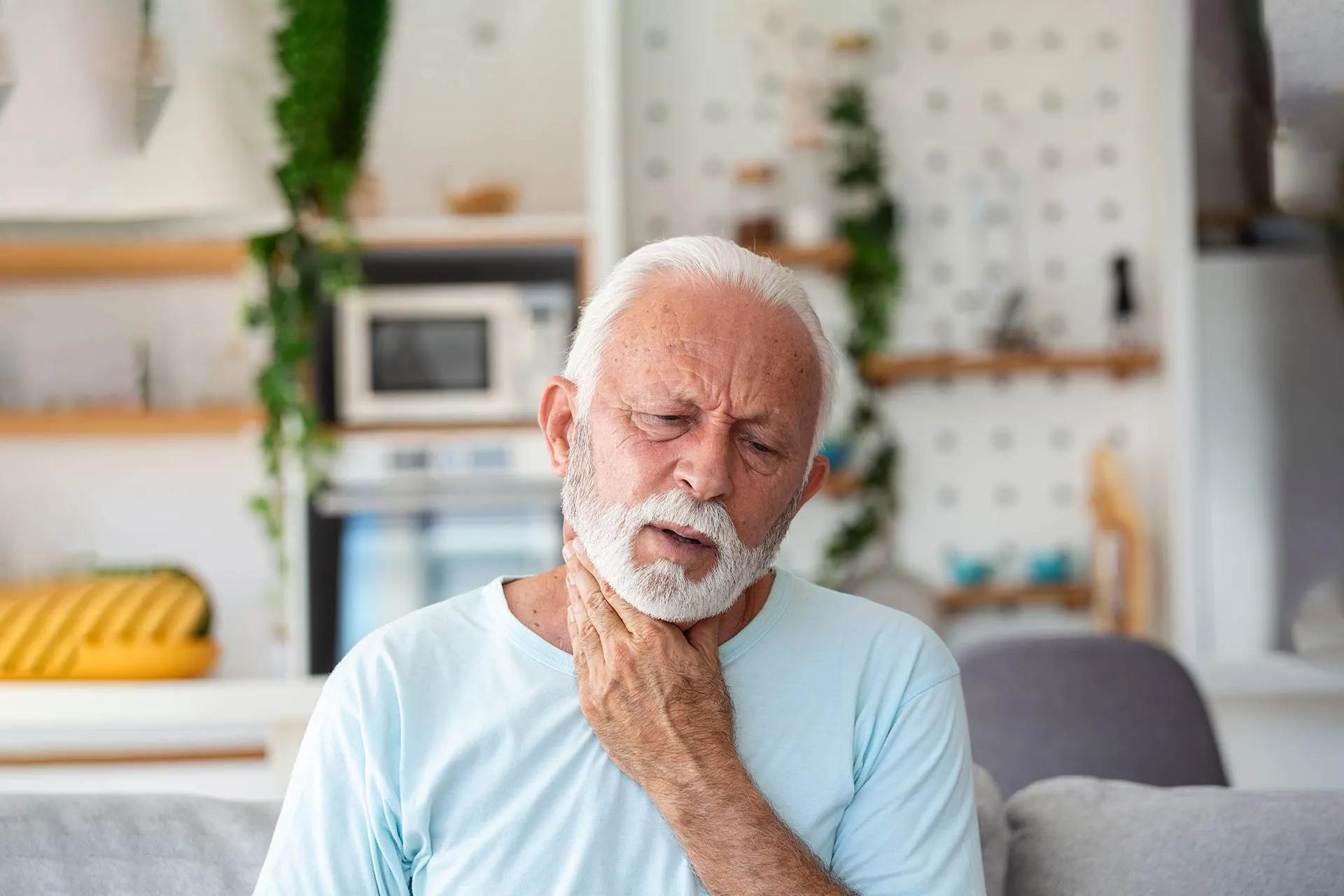 Lymphoma is a type of cancer that starts in the immune system's infection-fighting cells, known as lymphocytes. These cells can be found in the bone marrow, spleen, lymph nodes, thymus, and other organs. Lymphocytes alter and overgrow when you have lymphoma.

Lymphoma is a type of lymphatic cancer. It grows in lymphocytes, a kind of white blood cell. These cells are crucial to the body's immunological defences and aid in the battle against the disease.

Given that this particular cancer is found in the lymphatic system, it has a high propensity to metastasize or spread to other body tissues and organs. Lymphoma spreads most frequently in the liver, bone marrow, or lungs.

Although it can strike anyone at any age, it is most frequently found in children [1] and individuals between the ages of 15 to 24. It is often curable.

The presence of persistently swollen glands may indicate lymphoma. The most prevalent type of lymphoma, non-Hodgkin, often arises from B and T lymphocytes (cells) in tissues or lymph nodes throughout the body. Non-Hodgkin lymphoma tumour growth occasionally skips some lymph nodes while expanding on others. 95% of cases of lymphoma are caused by it. [2]

Doctors can recognize Hodgkin lymphoma, an immune system malignancy, by the presence of Reed-Sternberg cells, which are disproportionately large B lymphocytes. Cancer frequently spreads to nearby lymph nodes when a person has Hodgkin lymphoma.

Additional Read: What Is Colorectal Cancer? 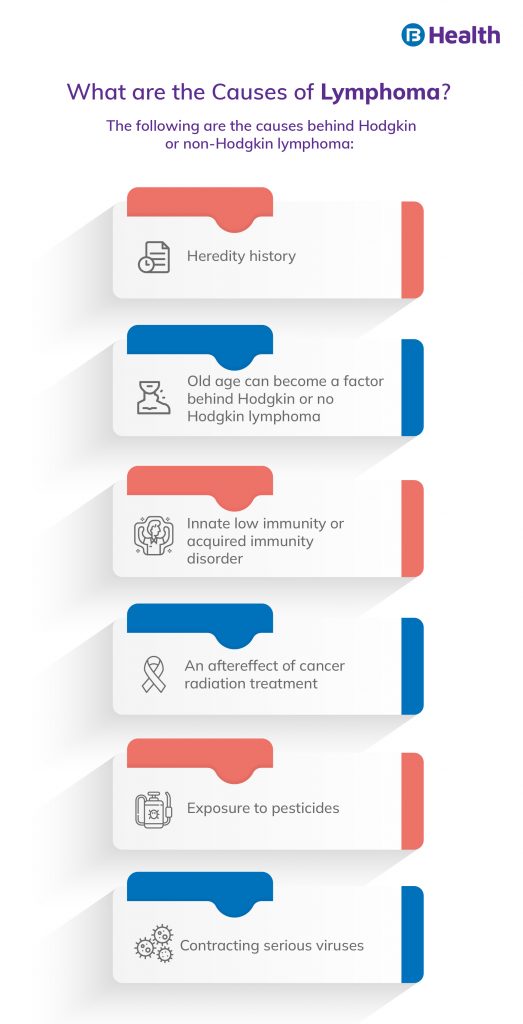 Early Signs and Symptoms Of Lymphoma

Lymphoma symptoms are comparable to other viral illnesses, like the common cold. They often go on for a longer duration. Some people do not witness any signs at all, while others could observe swollen lymph nodes. The body is covered in lymph nodes, and the swelling frequently occurs in the neck, groin, abdomen, or armpits. The swellings are often slightly painful. If the swollen glands press against bones, organs, or other structures, they could become uncomfortable. Back pain and lymphoma can sometimes be confused. During diseases like the common cold, lymph nodes can also enlarge. The swelling does not go away with lymphoma. If the swelling has developed due to an infection, pain is also more likely to accompany it.

Overlapping symptoms can result in incorrect diagnoses. Anyone with consistently swollen glands should schedule an appointment with their doctor.

Additional signs of both types of lymphoma

Symptoms of lymphoma in females can be subtle or slow if it ensues from their reproductive organs. Although it is extremely rare, if it is left untreated, it can also spread to the cervix causing cervical cancer.

If an enlarged lymph node happens to be pressed against spinal nerves or the spinal cord, symptoms like pain, weakness, paralysis, or altered sensation may develop. Through the lymphatic system, lymphoma can quickly spread from the lymph nodes to other body regions. In addition, the immune system is less effective in fighting infections as malignant lymphocytes invade other tissues.

How is Lymphoma Diagnosed?

It is not routinely screened for. A person should visit a doctor immediately if they continue to experience viral symptoms. The physician will enquire about the patient's personal and family medical history to rule out other illnesses. Additionally, they will perform a physical examination, looking for any potential swellings in the armpits, pelvis, neck, and abdomen. The doctor will search for indications of infection close to lymph nodes because this is the most common cause of the swelling.

Test results will demonstrate the presence of lymphoma. Blood tests and biopsies can identify the presence of lymphoma and aid a physician in differentiating between various forms. A surgeon takes a sample of lymphatic tissue during a biopsy. The doctor will then submit it to a lab for analysis. A lymph node may be removed entirely by the surgeon or only partially. They may occasionally use a needle to collect a tissue sample. There may be a need for a bone marrow biopsy. A local anaesthetic, sedative, or general anaesthetic may be necessary.

Biopsies and other testing methods can be used to determine whether cancer has spread to other body parts and to confirm the tumour's stage.

During a spinal tap, a surgeon will remove and test spinal fluid while using a long, thin needle and local anaesthesia.

Cancer staging is based on the kind, growth rate, and cellular features. The malignancy is contained in a small area in stages 0 or 1. By stage 4, cancer has spread to more organs, making treatment difficult for doctors.

Indolent lymphoma, which stays in one location, is another term a doctor might use to describe lymphoma. Some lymphomas are aggressive, which causes them to invade other body regions. How is Lymphoma Treated?

The patient's lymphoma type, stage of the illness, age and general health, and other factors affect the lymphoma treatment options.

Doctors will stage a tumour to indicate how far the malignant cells may have progressed. For example, in contrast to a stage 4 tumour, which has moved to other organs like the lungs or bone marrow, a stage 1 tumour is restricted to several lymph nodes.

Non-hodgkin’s Lymphoma (NHL) tumours are also rated on their rate of growth by doctors. These words comprise

NHL can also be treated with chemotherapy and radiation. Biological treatments that concentrate on malignant B cells are also sometimes successful. Nivolumab is an example of this kind of medication (Opdivo).

CAR T cell therapy is an option for some patients, such as those with large B-cell lymphoma (DLBCL). CAR T cell therapy treats cancer with the body's cells - immune cells are removed from the body, modified in a lab with new proteins, and reintroduced.

A bone marrow or stem cell transplant may be utilized in some cases of Hodgkin's lymphoma and NHL to increase the number of healthy immune system cells. These tissues or cells may be taken from patients before chemotherapy and radiation therapies. Family members may also be able to give bone marrow.

Even after being cured, some NHL patients continue to have issues.

A common side effect of NHL treatment is immune system deterioration, which might worsen as you recover. But your immune system will typically recover in the months and years following therapy. Unfortunately, a weakened immune system makes a person more susceptible to infections and increases the likelihood that illnesses will result in significant complications.

Any signs of infection should be reported to your doctor or care team immediately since severe consequences may arise without rapid treatment. This is especially crucial in the initial weeks following treatment.

However, discussing this with your doctor or care team is crucial, as it might not be safe for you to receive "live" vaccines until many months after your course of treatment is complete. A weakened version of the virus or organism being immunized against is present in live vaccines.

Infertility can result from non-Hodgkin lymphoma chemotherapy and radiotherapy. This might be either temporary or permanent. Your care team will calculate the likelihood of infertility in your particular situation and discuss your alternatives. Before receiving treatment, it may be possible in some circumstances for men to store samples of their sperm and for women to keep samples of their eggs to use when trying to conceive later.

You can reach out to Bajaj Finserv Health to speak with a cancer specialist for further information on lymphoma. You can also schedule an oncologist consultation. In addition, you can also get consultation from the convenience of your home to receive accurate information on cancer symptoms and other concerns so that you can live a healthy life from now on.