World Alzheimer's Day: What You Can Do to Prevent Dementia

On World Alzheimer's Day, remember to keep yourself mentally and physically active, participate in social engagement, stick to a healthy diet, and give yourself ample sleep.

World Alzheimer's Day presents an opportunity for all of us to learn about the things that keep dementia at bay. Getting older is a risk factor, but focusing on what you can do now can help prevent dementia later in life, like eating healthy and keeping mentally and physically active. Dementia is a huge health concern as Alzheimer's patients lose their dignity, cognitive function, and longevity. Health initiatives should adopt dementia care worldwide for better understanding and treatment.

On World Alzheimer's Day, many people think dementia is a disease, but dementia is a set of symptoms. Dementia occurs when a decline happens in mental abilities and changes in behavioral patterns, including the loss of memory and difficulties in thinking. These are the factors that disrupt daily life. Alzheimer's disease is the most common form of dementia as there are 60-80% of dementia cases.

A person's lifestyle and environment play a crucial role in the development of Alzheimer's. Researchers around the world are actively studying it. Learning about the factors that cause dementia and learning how to avoid it or slow the progress is their ultimate goal. Some research findings support the effectiveness of physical activity, controlling blood pressure, and cognitive training in slowing dementia.

Many causes and dementia-like symptoms can be treatable, but only in the early stages. They are reversible under the use of appropriate treatment. Get to know about them on World Alzheimer's Day. Some of the common conditions include:

Additional Read: 11 Lifestyle Tips You Need to Know About to Maintain a Healthy Heart

Lewy body dementia is progressive with abnormal structures in the brain called Lewy bodies. The brain's outer layer cortex is where they are usually found. The cortex oversees perceiving, thinking, producing, and understanding language. Lewy bodies can also be found in the brains of people suffering from Parkinson's disease.

Oxygen should flow constantly in our brains. Depriving the brain of oxygen causes brain cells to die. If the normal blood flow to the brain is stopped, it can cause vascular dementia.

It is also called frontotemporal dementia. This type of dementia can cause crucial changes in language capability or behavior. The disease happens when the brain cells in the frontal and temporal lobes of the brain degenerate. These two lobes take care of emotion, judgment, personality, and language.

There are risk factors for dementia that cannot be controlled.

Additional Read: What is Anxiety and How to Manage It? 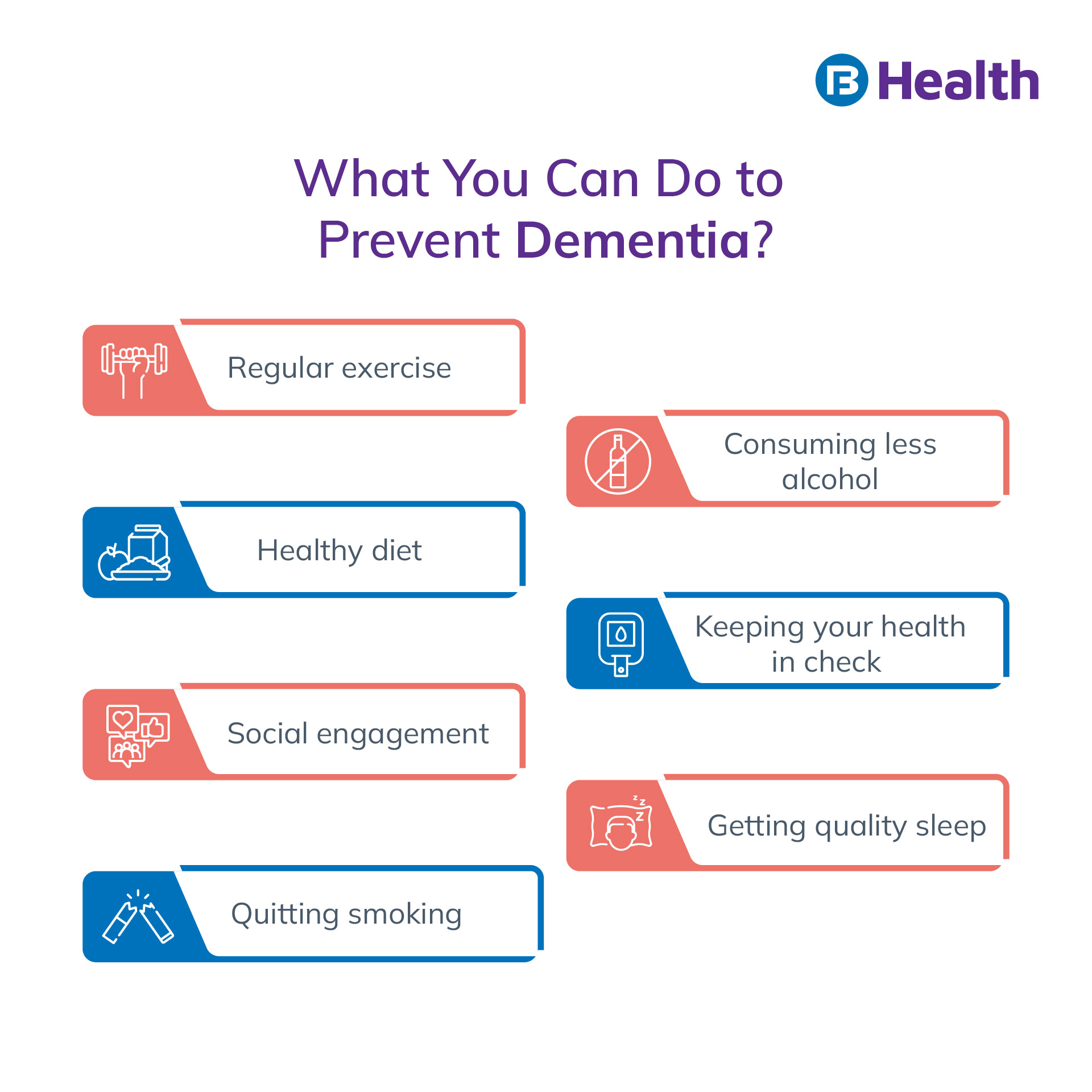 Some of the general symptoms of dementia include difficulty with memory, communication, reasoning, language, focus, and visual perception. World Alzheimer's Day 2022 theme is "Know Dementia, Know Alzheimer's." Learn about the early signs of dementia below.

What You Can Do to Prevent Dementia?

There are steps which you can take to reduce the risks of developing Alzheimer's disease and other dementias. As World Alzheimer's Day falls this month, if you find yourself in a position where you are already diagnosed with an early form of dementia, you can follow these steps to slow the process of deterioration. Identifying and controlling your risk factors can maximize your brain health, like making simple and effective lifestyle changes. It is important to understand that some risk factors like your age and genetics are outside your control.

Doing regular exercise is good for your heart, circulation, and mental well-being. It is one of the best ways to reduce the risk of dementia. It increases oxygen and blood flow to the brain. It reduces the chance of getting Alzheimer's and vascular dementia. [1] A 2017 study involving 38 adults diagnosed with a mild form of vascular dementia, states that after six months of exercise routine, they have a record of lower blood pressure and a significant improvement in their cognitive function, as assessed by brain scan. [2]

Eating a healthy and balanced diet has the potential to reduce your risk of developing dementia, cancer, obesity, stroke, type 2 diabetes, and heart disease. Some of the best foods for preventing dementia include:

Being socially and mentally active relieves stress and improves your mood, which means these activities may help slow or prevent dementia from developing. Finding activities that challenge your brain like solving puzzles or crosswords puts you in control of your mental health. Anything that develops your thinking skills is good for the brain. Read more about dementia on World Alzheimer's Day. Reading is also good for your brain activity.

Keeping your health in check

You are more prone to develop certain health conditions as you get older. Diabetes and high blood pressure among numerous others increase the risk of developing dementia. You should always track your health condition by going for a quick check-up.

The risk of dementia is much higher if you are a chain smoker. Smoking harms the circulation of blood vessels in the heart, lungs, and particularly the brain. Quit smoking if you want to put an end to dementia. [3] The earlier you do, the more brain damage you will prevent.

Alcohol is also associated with dementia. Drinking too much alcohol increases the risk as it exposes your brain to high levels of harmful chemicals. If you are a regular drinker, try to do so within recommended limits.

Researchers are unsure whether poor sleeping patterns increase the risk or vice versa. [4] A 2017 study offers some support for a connection. It states that improving sleep habits could lessen the risk of getting dementia. 321 subjects were followed for 19 years for the research. They saw 32 cases of dementia development. Overall, fewer minutes in REM sleep meant that it increased the risk of dementia to an approximation of 9%. [5]

Keeping your brain healthy and stimulated can lead to a longer and happier life as you get older. Healthy brain development is vital throughout our lives. Even though people are concerned about developing dementia, they do not know what they can do to prevent it. On World Alzheimer's Day 2022, each of us has a responsibility to take steps to prevent dementia. Bajaj Finserv Health site has several health-related articles such as blood stem cells. World Marrow Donor Day is on the third Saturday of September. Read more about it online.

Over 44 million people around the world have some form of dementia, according to Alzheimer's Disease International. [6] They strongly believe the numbers will double by 2030, and triple by 2050. The researchers predict that 71% of dementia patients will be from low to middle-income countries with the rate of awareness. World Alzheimer's month falls in September of every year. Raise awareness about dementia for a healthy brain society.

Seek treatment if you notice the symptoms of any form of dementia. Get a doctor consultation with a few clicks on Bajaj Finserv Health for an online appointment. Get immediate medical help after a head injury. Dementia progresses slowly but preventive measures or treatment are needed to delay or even prevent it. On account of World Patient Safety Day, start taking the best care of your health! 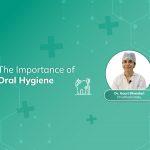 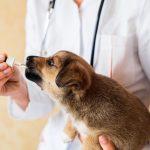 World Rabies Day: All That You Need to Know 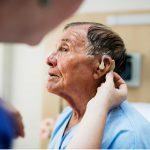 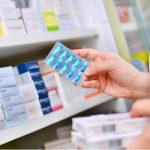 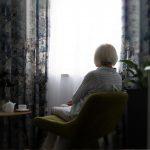 World Alzheimer's Day: What You Can Do to Prevent Dementia