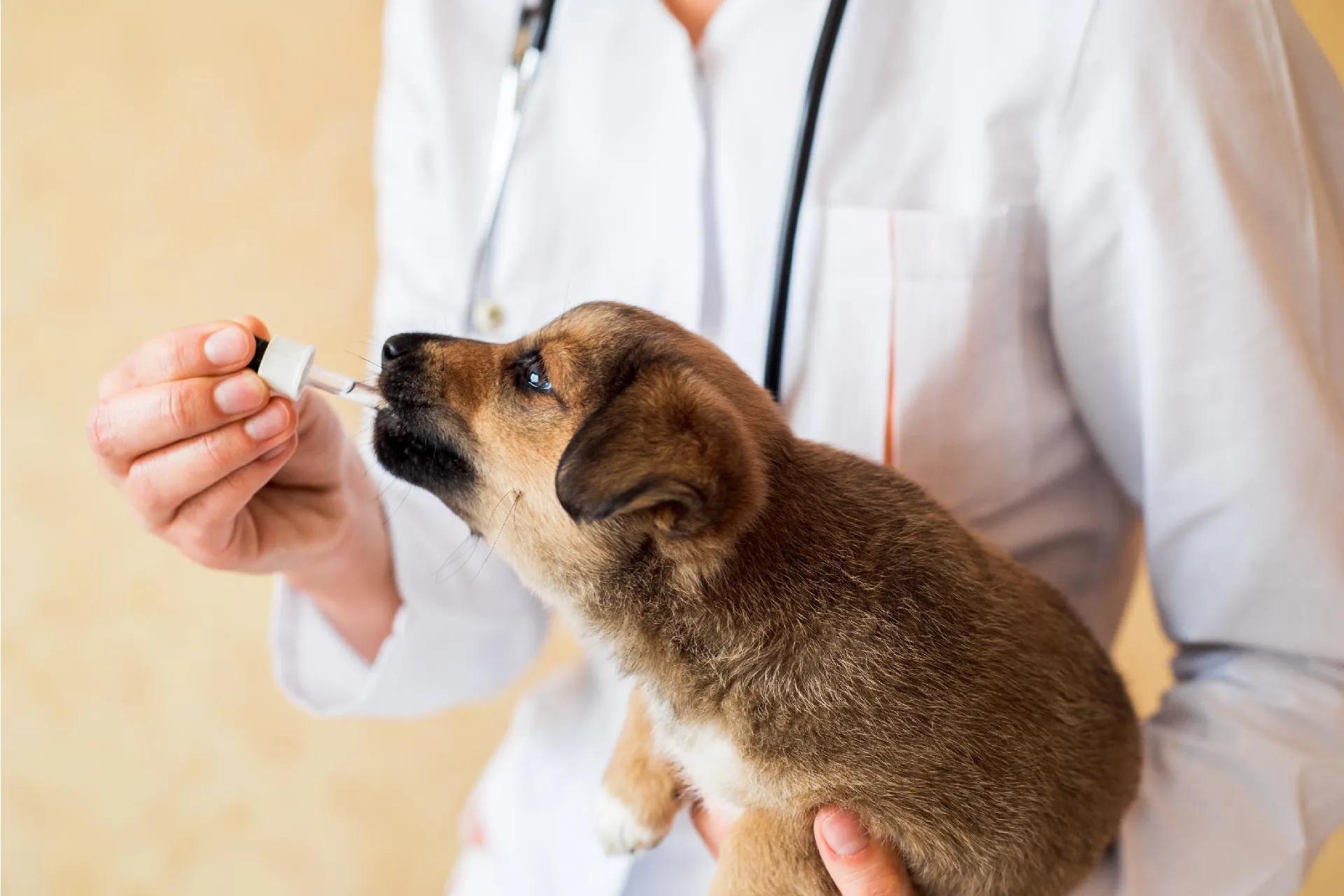 World Rabies Day: All That You Need to Know About Rabies

Many diseases throughout the world must be addressed and not be ignored at any cost, as inaction costs a lot in the future. Rabies is one of the deadliest infectious diseases, causing acute brain inflammation and disrupting mental faculties.

Every year on September 28, World Rabies Day is observed to raise awareness about the impact of Rabies and how the disease can be prevented. Notably, the day commemorates the death anniversary of Louis Pasteur, the French chemist and microbiologist who created the first rabies vaccine.

The first World Rabies Day was observed in 2007 at an event co-hosted by the Alliance for Rabies Control and the Centers for Disease Control and Prevention in the United States. As people became more aware of the disease's consequences, the significance and observance of the day grew.

The main goal of commemorating this day has always been to focus on ways to improve rabies prevention and control. The fatal disease is contracted after being scratched or bitten by a rabid animal.

While Rabies is a completely preventable disease, according to the World Health Organization, more than 59,000 people die from it each year around the world. [1] Rabies kills over 20,000 people in India each year. [2]

On World Rabies Day, which is celebrated on September 28 every year, vaccination drives are held in various locations, and the public is encouraged to participate in slowing the spread of the disease. Aside from that, marathon runs, quizzes, essay writing events, discussions, and other interactive events that help raise awareness about the disease and the day are also beneficial in various parts of the world. Vaccination camps and awareness campaigns are organized by educational institutions such as schools and colleges. Rabies virus is a neurotropic virus that causes Rabies in humans and animals. Its scientific name is Rabies lyssavirus. Rabies can be transmitted through animal saliva and, less frequently, through contact with human saliva. Like many other rhabdoviruses, Rabies lyssavirus has a very broad host range. Many mammalian species are infected in the wild, while cell cultures from mammals, birds, reptiles, and insects are infected in the laboratory. Rabies has been reported in over 150 countries on all continents except Antarctica. The disease's main burden is reported in Asia and Africa, but some cases have been reported in Europe in the last decade, particularly among returning travelers. [3]

What Is Rabies Disease?

Rabies is an infectious and viral zoonotic disease caused by the Rabies virus, which infects the central nervous system and causes progressive and fatal inflammation of the brain and spinal cord.

There are two clinical forms of Rabies:

If a person does not receive immediate medical attention following a potential rabies exposure, the virus can reach the brain and cause death. An animal bite most commonly transmits it.

Rabies can be avoided and deaths from the disease avoided by using vaccines, medicines, and appropriate technology. Despite this, Rabies kills tens of thousands of people each year. According to the World Health Organization, the bite of an infected dog accounts for 99 percent of these cases (WHO).

The rabies transmission cycle can be successfully disrupted if proper awareness is spread. To prevent Rabies, animals must be vaccinated, and people should seek medical attention if they are bitten and stay away from wildlife.

Rabies claims the lives of approximately 59,000 people each year in more than 150 countries. Africa and Asia account for 95 percent of all reported cases. Half of the patients involve children under the age of 15, with rural poor populations bearing the brunt of the burden. The World Health Organization has launched a new course called Rabies & One Health to educate people about this disease.

The Rabies Vaccine Post-Exposure Prophylaxis (PEP), which includes a dose of human rabies immunoglobulin (HRIG) and a rabies vaccine, is given on the day of rabies exposure, followed by another dose of vaccine on days 3, 7, and 14. If a person has never been vaccinated against Rabies, PEP should include a combination of HRIG and rabies vaccine. World Immunization Week 2022 ran from April 24 to April 30, ensuring everyone was vaccinated against Rabies.

Only the rabies vaccine should be administered to people who have previously been vaccinated or are receiving pre-exposure vaccines.

What are the Risks Associated with Rabies?

Rabies is a deadly viral disease that can infect any warm-blooded animal and is also a zoonotic disease (which means that people can become infected by an infected animal). The rabies virus is most highly concentrated in the saliva of any rabies' infected animals. Close contact with an infected animal transmits the virus through saliva. The virus can be transmitted through scratches, bites, or even by licks on mucous membranes and broken skin.

When a rabid animal bites an animal or a human, the virus multiplies in the muscle and travels up the nerves to the spine, all the way to the brain, causing inflammation. Early signs in pets include fever, licking or chewing at the site of a bite, dilated pupils, behavioral changes, anxiety, and a desire for solitude.

The second stage is characterized by avoidance of light, snapping at imaginary objects, lack of coordination, and restlessness.

The 'furious' stage, which usually lasts two to four days, is characterized by infected animals being unable to swallow, drooling, having a 'dropped' jaw, and having a change in voice. Significant behavioral changes, such as wild animals losing their fear of humans, may indicate infection.

The COVID-19 pandemic exposed the stark vulnerabilities of healthcare systems, but it also demonstrated the power of cross-sector collaboration.

Rabies control programs are a great example of One Health implementation, and the structures and trust that support them are critical for other zoonotic diseases, including pandemic-prone diseases.

Vaccines, medicines, tools, and technologies are available to break the cycle of one of the oldest diseases.

Global Strategic Plan for the Elimination of Dog-Mediated Human Rabies Deaths by 2030 is a lofty goal but not as unattainable as it might seem. It is consistent with the new NTD road map, which prioritizes integrated interventions and the integration of NTD programs into national health systems.

The integrated approaches of the Global Strategic Plan for Rabies and the Road Map are important because they demonstrate the importance of working together in the face of numerous challenges, such as the current COVID-19 pandemic.

To rebuild and strengthen health systems and rabies control programs, it is critical to collaborate with stakeholders, champions, and individuals at the community, local, national, and global levels.

Rabies can be eliminated by collaborating and joining forces, engaging communities, and committing to ongoing dog vaccination.

How to Participate in World Rabies Day

On September 28, World Rabies Day is the first and only Global Day of Action and awareness dedicated to rabies prevention. According to the US Centers for Disease Control and Prevention website, the global health observance began in 2007 to raise awareness about Rabies and bring together individuals, civil society, and governments to improve global prevention and control efforts.

World Rabies Day 2022 will allow us to understand our efforts to control the deadly disease, remind ourselves that the fight is still ongoing, and reflect on how it affects the world.

Dog bites received during international travel account for one-fourth of all reported rabies cases in the United States. [4] Major health organizations collaborating to eliminate human deaths from dog-transmitted Rabies by 2030 are:

This is how you as an individual or a group can participate in World Rabies Day 2022:

Dozens of events are organized worldwide, from South Africa to Afghanistan, to teach people how to control Rabies. You could participate in these events, informing people about the Zero by 30 campaign. Other ways to participate include organizing your event or nominating a champion for a World Rabies Day award.

Several steps must be taken in a variety of rabies situations. Make sure you know what to do if your pet bites someone else, if someone else's pet bites you, or if another pet bites your pet. There are specific ways doctors and veterinarians must handle the situation in these cases, so do your part to learn.

When most people think of Rabies, they imagine crazed dogs, humans, squirrels, and skunks foaming at the mouth like zombies. Remember that these are symptoms of a deadly virus that should not be ignored, and we may need to change our perspective if we are to eradicate it.

Why is World Rabies Day Important?

It has an essential Goal

For the goal of zero by 30, if the proper measures are implemented, the world could see zero human deaths from Rabies caused by dog bites by 2030. This resolution was reached in 2015 by a group of organizations that included the World Health Organization, the World Organization for Animal Health, the United Nations Food and Agriculture Organization, and the GARC.

It's a serious Illness.

Every year, more than 60,000 people worldwide die from rabies infection. Given that the World Health Organization considers Rabies an entirely preventable disease, it is now up to communities, non-governmental organizations, and governments worldwide to work together to put measures in place to prevent these unnecessary deaths.

Anyone can help eradicate the virus by learning how to keep pets safe from Rabies. World Rabies Day aims to highlight local and state laws that help control the spread of the disease, as well as events for vaccinating puppies under the age of 12 months. Understanding rabies is the first step toward eliminating it in humans and our pets.

Rabies Virus is a deadly virus transmitted to any human through the saliva of infected animals. The rabies virus is typically spread through a bite. Animals such as bats, foxes, raccoons, and skunks are most likely to transmit Rabies. Stray dogs are the most likely carriers of Rabies in developing countries like India.

When a person begins to exhibit rabies symptoms, the disease almost always kills them. As a result, anyone at risk of contracting Rabies should receive rabies vaccinations to protect themselves.

On September 28, NGOs, governments, and people from all over the world will come together to raise awareness about the disease's dangers and how it can be stopped. This aims to educate the public about how Rabies can be eradicated in humans and domestic animals if the proper steps are taken. It is hoped that the event not only raises awareness for one day but also in the hope that communities will implement measures to help control the spread of Rabies all year.

Reach out to Bajaj Finserv Health to take care of all your medical needs with its designated Medical Insurance policies so that any unfortunate health event can be taken care of immediately by us to ensure maximum possible Damage control.