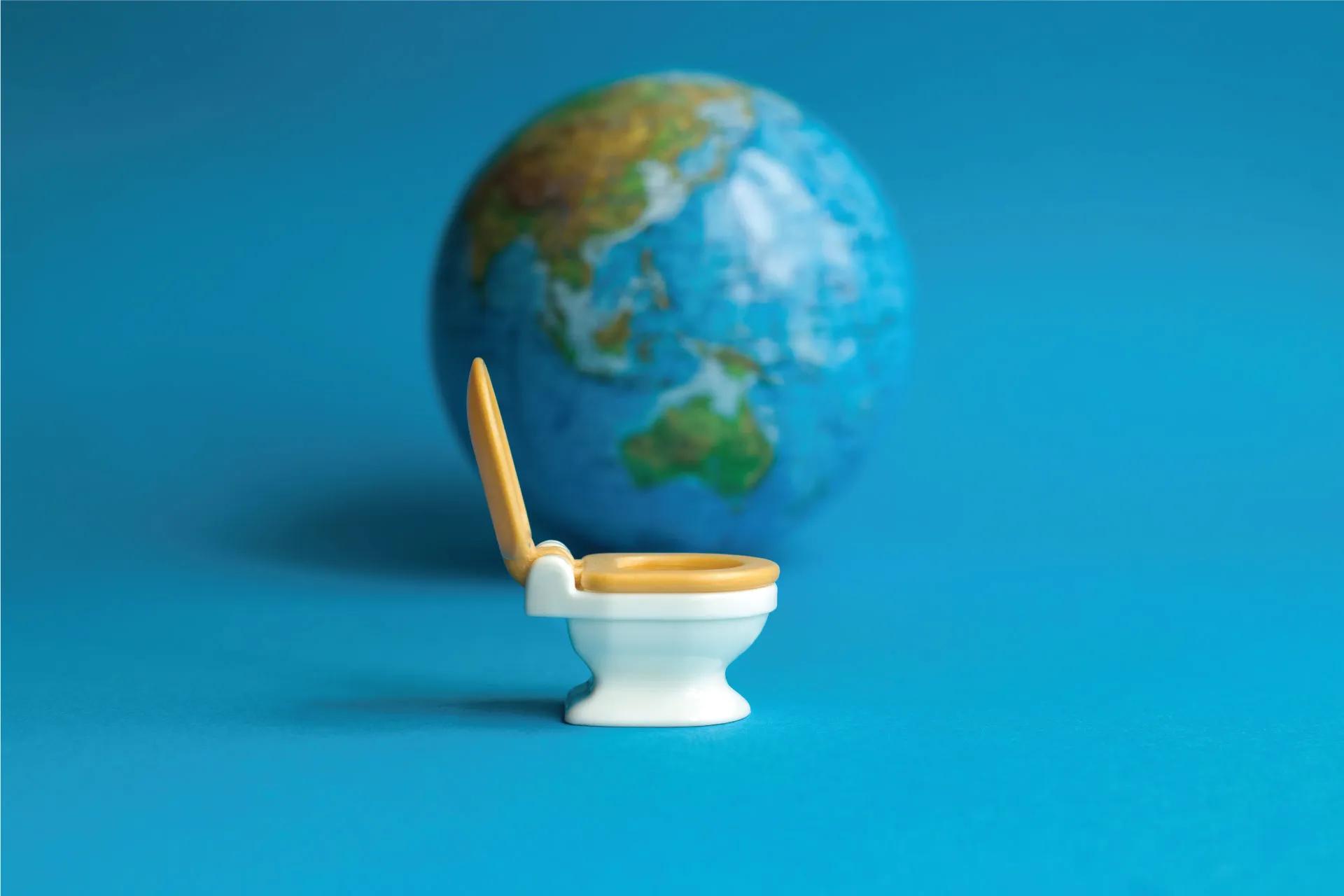 World Toilet Day: How Often Should You Poop in a Day?

World Toilet Day is an event that aims to spread awareness about the lack of proper sanitation in certain parts of the world and how it impacts the community's health. This World Toilet Day, let's answer some basic questions on appropriate bowel movements.

An essential biological function of our body is bowel movement. Your bathroom habits may also tell you a lot about how healthy and well-functioning your body is. First things first, nothing is entirely normal when it comes to the human body and its intricacies. We all use the restroom to dispose of our waste, yet everyone uses it at a different frequency. Some people seem to get by with just one poop a day, while others require at least three daily clearings of the bowels. Like this, you could have a regular timetable for going to the bathroom every morning, or you might do it whenever you feel the urge. know more about health on this world toilet day.

World Toilet Day 2022 theme is to advance Sustainable Development Goal 6 (SDG 6), which calls for universal access to sanitation by 2030. This year, the World Toilet Day date is November 19.

The 'silent' sanitation catastrophe impacts billions of people worldwide and is a ticking time bomb. Sanitation was neglected on the global development agenda and garnered little media attention when the World Toilet Organisation was established in 2001. In the 14 years after its establishment, authorities worldwide have given sanitation more attention. However, the present priority level still needs to catch up, given the severity and impact of the sanitation issues. Toilets need to be given full attention on a worldwide scale. For this purpose, World Toilet Day is observed every year.

Every year on February 10, National Deworming Day is observed. Deworming Day's theme is 'Parasitic worms or helminths infect people and animals through the soles of their feet.' These germs can potentially enter our systems through worm-infested food or contact with contaminated faeces. World Toilet Day and National Deworming Day emphasise healthy and clean living in the environment. How Often Should You Poop Each Day?

There isn't a set recommendation for how frequently someone should poop. In general, it's usual to defecate between three times per day to three times per week. Most people have a regular bowel pattern, which means they go to the bathroom around the same number of times per day and at the same time.

More than 2,000 people took part in a survey and respondents described the following bowel patterns:

When Do You Need To Worry About Your Poop?

Regular bowel movement does not indicate that your digestive system is operating at peak efficiency. Therefore, you must be alert to any changes in your routine. If you go for a prolonged period without using the restroom, it's crucial to have it examined.

You may get constipation if you take certain drugs and don't consume enough fibre or both. Although brief changes in bowel habits are typical, you should see a qualified doctor immediately if you notice blood in your stool or feel stinging pain.

What Impacts Your Poop Frequency?

On this World Toilet Day, how often and how much you defecate depends on several things, and one should be aware of that. These may include the following:

Whole grains, vegetables, and fruits, which include soluble and insoluble fibre, might give your stool more volume and help you go to the bathroom more frequently. You cannot poop as often if you don't consume many of these things in your diet.

Additionally, fluids soften and help you pass the stool. Therefore, many medical professionals advise increasing fluid consumption if you frequently get constipated.

You are more prone to get constipation as you age. This is caused by a variety of things, such as decreased stomach movement, which aids in digesting, less mobility, and taking more drugs, which could impair bowel health.

After a few days, newborns start having regular bowel movements—most infants under six weeks poop two to five times daily. Babies between 6 weeks and three months often have fewer faeces. On this World Toilet Day, start tracking your baby's bowel movements to assess their nutrition and general health, especially since India observes Newborn Care Week every year during the week of November 15–21.

Peristalsis is the internal intestinal movement that moves the digested food forward to be expelled as a stool. Engaging in physical activity, such as walking or other types of exercise, will aid this movement.

Some illnesses and drugs can impact bowel health and change how frequently a person poops. In addition, the frequency of bowel movements can be affected by inflammatory bowel conditions, including Crohn's disease, pneumonia, ulcerative colitis, and even the common stomach flu virus. World Pneumonia Day is observed every year on November 12 and touches on the importance of sanitation.

Along with several digestive (gastrointestinal) issues, diabetes can result in diarrhoea. One typical sign of diabetes is diarrhoea. People with long-term diabetes are more likely to experience it. In addition, faecal (bowel) incontinence can occasionally accompany diabetes-related diarrhoea in certain persons, especially at night. For this reason, World Diabetes Day is observed every year on November 14 to spread awareness of the consequences of diabetes.

Certain hormones, such as progesterone and oestrogen, can influence how frequently a woman uses the restroom. For instance, some women say they defecate more regularly in the days before and during the beginning of their period.

Some people find it difficult to poop in a public restroom, at work, or among other people. As a result, they might "keep it in" longer than required. When To Visit A Doctor To Discuss How Frequently You Poop?

Everyone occasionally suffers a shift in their bowel motions, regardless of diseases, lifestyle changes, or dietary modifications. However, changes that persist for more than a week can be worrying.

Additionally, some indications call for immediate medical intervention. These comprise:

Care Is Provided At Home

Anyone who has health concerns should consult their physician. The doctor can assess the issues and assist in deciding whether any adjustments are necessary.

Making some minor dietary adjustments is one straightforward intervention. A simple strategy to become more regular is to eat a well-balanced diet with enough fibre, drink more water, and engage in more physical activity each day.

Poop and bowel habits can differ greatly from person to person and are quite personal. Most people defecate between three times per week and three times per day, but it's also crucial to be conscious of consistency and regularity.

When someone's bowel routines alter considerably, they should get it monitored and checked regularly. With the help of Bajaj Finserv Health, you can book your test online and get your body checked.