A Guide on World Polio Day: What are the Symptoms and Treatment of Polio?

Polio Day is celebrated to spread awareness about the Polio disease and the importance of vaccination for prevention from it. Polio is a deadly disease caused by a virus that attacks the nervous system. Younger children below 5 years of age are vulnerable to polio. The virus spreads primarily through oral and faecal routes. Once it enters the central nervous system, it multiplies rapidly. In fact, it can cause paralysis within hours. To spread awareness about this condition, World Polio Day is celebrated on 24th October every year. Polio Day highlights the importance of vaccination. Since there is no cure for polio, immunization through vaccines protects children for life.

October 24th marks the birth anniversary of Jonas Salk. He played a key role in developing the first vaccine against poliomyelitis. Read on to understand more about this condition and how International Polio Day is observed worldwide.

Additional read: What is Osteoporosis? 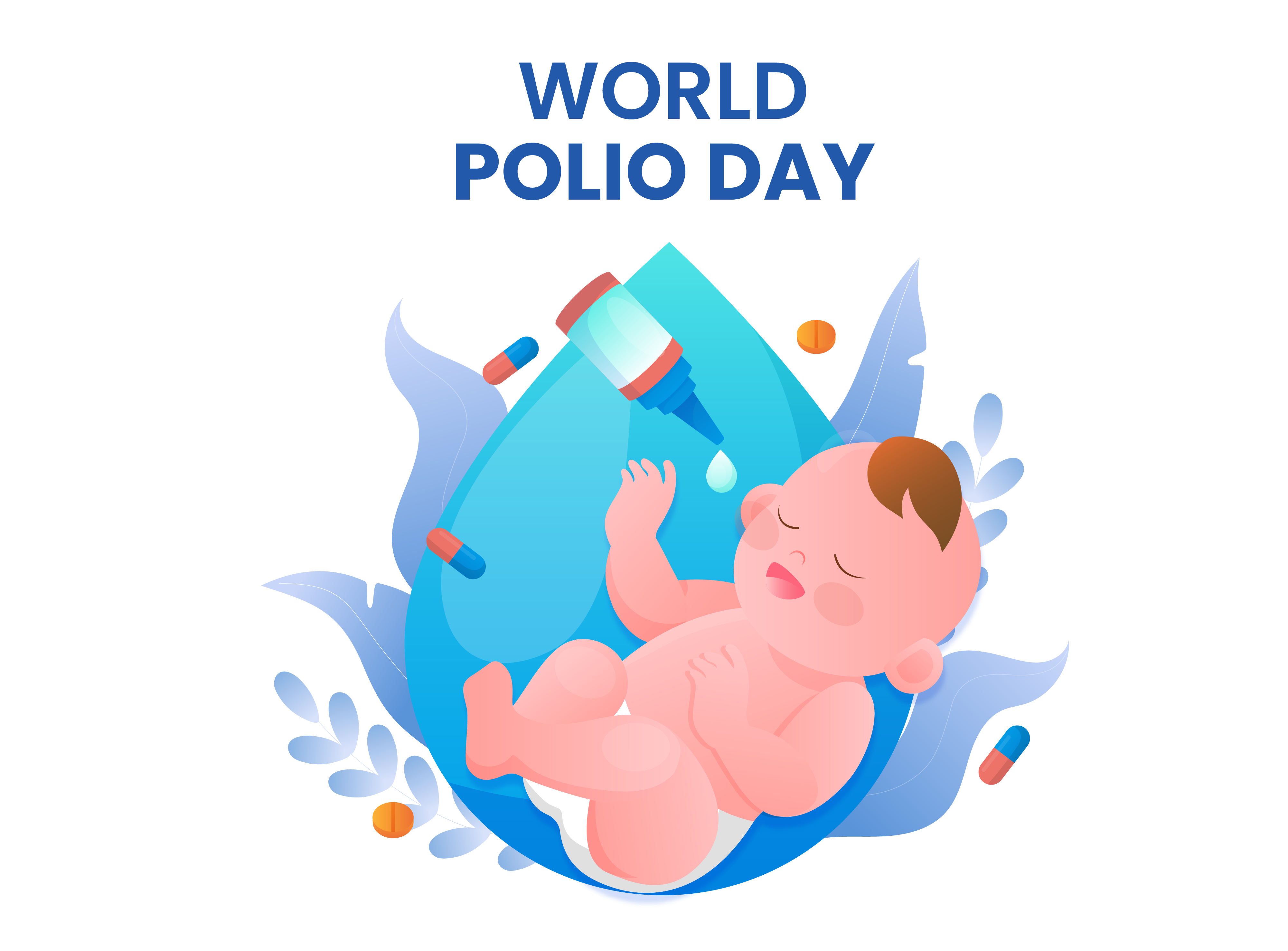 What are polio causes and symptoms?

The poliovirus spreads most commonly through direct contact with infected faeces. This isn’t the only way though. The infection can spread through:

As it can spread so easily, children before the ages of 5 are at a higher risk. Kids who are not vaccinated properly are most vulnerable to polio. In some cases, infected people hardly show any symptoms. The symptoms last 1 to 10 days and this is known as non-paralytic polio. These signs will be similar to flu, which are:

If you recover from it, you can still get it again. This is known as post-polio syndrome. Some of the symptoms are:

How is polio disease diagnosed and treated?

Polio is diagnosed by observing the symptoms through a physical examination. Doctors check the stiffness of your neck and back. In some cases, your reflexes will be tested as well. Treatment can only happen during the course of infection. This is why the best approach is to get vaccinated.

Typically, the treatment methods followed are:

What are the facts about polio eradication so far?

Few facts on polio eradication are listed below:

Additional Read: 7 Severe Neurological Conditions and Symptoms to Look Out for

How is World Polio Day celebrated?

There is usually a theme followed across the world. Polio Day 2020 followed the theme Stories of Progress: Past and Present. This acknowledged how much progress has been made in the polio eradication struggle. The theme also recognized the efforts of all those who were involved in this struggle.

For Polio Day 2021, the theme was Delivering on a Promise. On this day, the Polio Eradication Strategy was launched. It delivers on a promise that was made many years ago. There is now a 99.9% reduction in the transmission of this disease.

Giving children polio shots according to the vaccination schedule is crucial. It is the only way to eradicate this disease. Creating awareness globally can help prevent the spread of this disease. Follow your kid’s vaccination schedule and don’t miss out on giving polio drops. Find health centers to get vaccinated with ease on Bajaj Finserv Health. Set reminders for it and consult with top paediatricians to get a proper immunization schedule. Book an in-person or online doctor consultation on the app or website and protect your child’s health.