Ajwain is a rich source of thymol, a compound with antioxidant and anti-inflammatory properties. So, if you're looking to add a little flavour to your food or want to try a spice with potential health benefits, ajwain is a good option to consider.

Ajwain is an herb that has been used in Indian cooking for centuries. It is also known as carom seeds or bishop's weed. The seeds are small and have a strong, pungent flavor. Ajwain is used to add flavor to various dishes, as well as to aid in digestion. It is also used as a home remedy for various health conditions, such as colds, stomach pain, and toothaches. Ajwain has many potential health benefits, but it can also cause side effects in some people. Therefore, it is important to consult a healthcare provider before using this herb.

Ajwain, also known as carom seeds, is a spice commonly used in Indian cuisine. The seeds have a faint anise-like flavor and are often used to flavor bread and curries. Ajwain seeds are also used in Ayurvedic medicine and are thought to have numerous health benefits. Ajwain is a rich source of thymol, a compound with antioxidant and anti-inflammatory properties. Thymol is also known to have antimicrobial effects, which means it can help protect against infections. Ajwain is also a good source of fiber, vitamins, and minerals. So, if you're looking to add a little flavor to your food or want to try a spice with potential health benefits, Ajwain is a good option to consider.

The history of Ajwain is long and complex, dating back to ancient times. Ajwain has been used in Ayurvedic medicine for centuries and is mentioned in ancient texts such as the Charaka Samhita. In more recent years, it has become popular in Western medicine as well. Studies have shown that Ajwain is effective against various bacteria and fungi, making it a valuable tool in the fight against infections [1].

Ajwain is still used in Indian cuisine today, and it is also used in Ayurvedic medicine. The herb is thought to have numerous health benefits, including aiding digestion, reducing inflammation, and relieving pain. 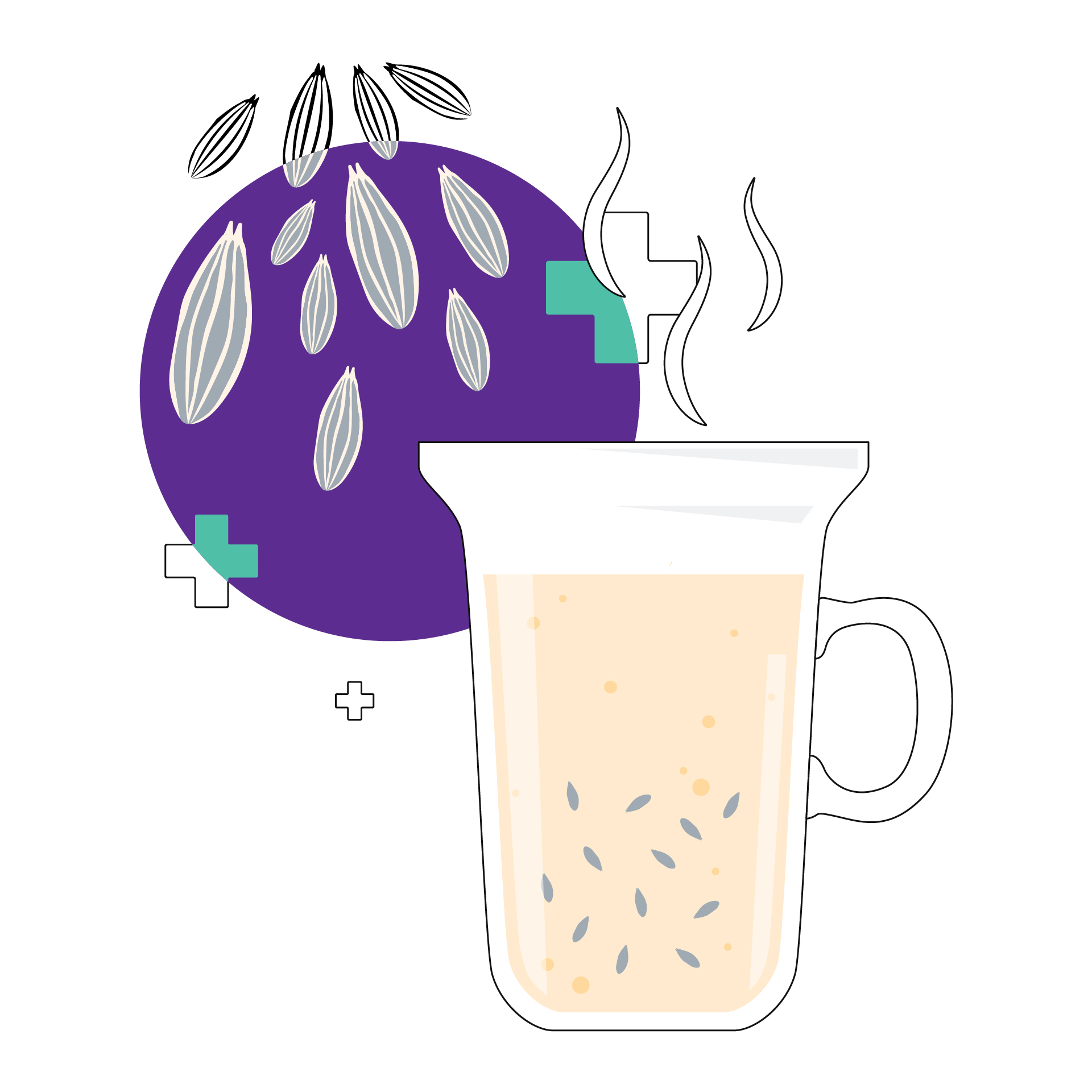 Ajwain also contains other compounds, such as phenols and terpenes. Additionally, Ajwain is a good source of vitamin C, calcium, and phosphorus.

In recent years, studies have shown that Ajwain can also be effective in reducing pain and inflammation associated with arthritis [2]. Reduce Arthritis Pain by adding Ajwain to your diet may help to improve your symptoms.

Ajwain, also known as carom seeds, is a spice commonly used in Indian cuisine. But did you know that Ajwain has numerous health benefits? Here are just a few of the ways that Ajwain can improve your health:

Ajwain, as ayurvedic medicine for high bp, is often used and other cardiovascular diseases. Ajwain, also known as carom seeds, is a spice that has been used in India for centuries. Ajwain has a strong, pungent flavor that is somewhat similar to oregano. It is often used in Indian cooking, as well as in Ayurvedic medicine. Ajwain is a good source of vitamins and minerals, and it has a number of potential health benefits. For example, it has been shown to improve digestion, relieve pain, and reduce inflammation. Additionally, some studies suggest that Ajwain can help to boost immunity and fight infections.

Some of the potential benefits of Ajwain include:

There is growing evidence that Ajwain for weight loss is effective. Various studies have shown that Ajwain can help to boost metabolism and burn more calories. Additionally, Ajwain is a natural appetite suppressant, which can help to reduce cravings and overeating.

Additional Read: From Immunity to Weight Loss: 7 Top Ashwagandha Benefits to Know Of 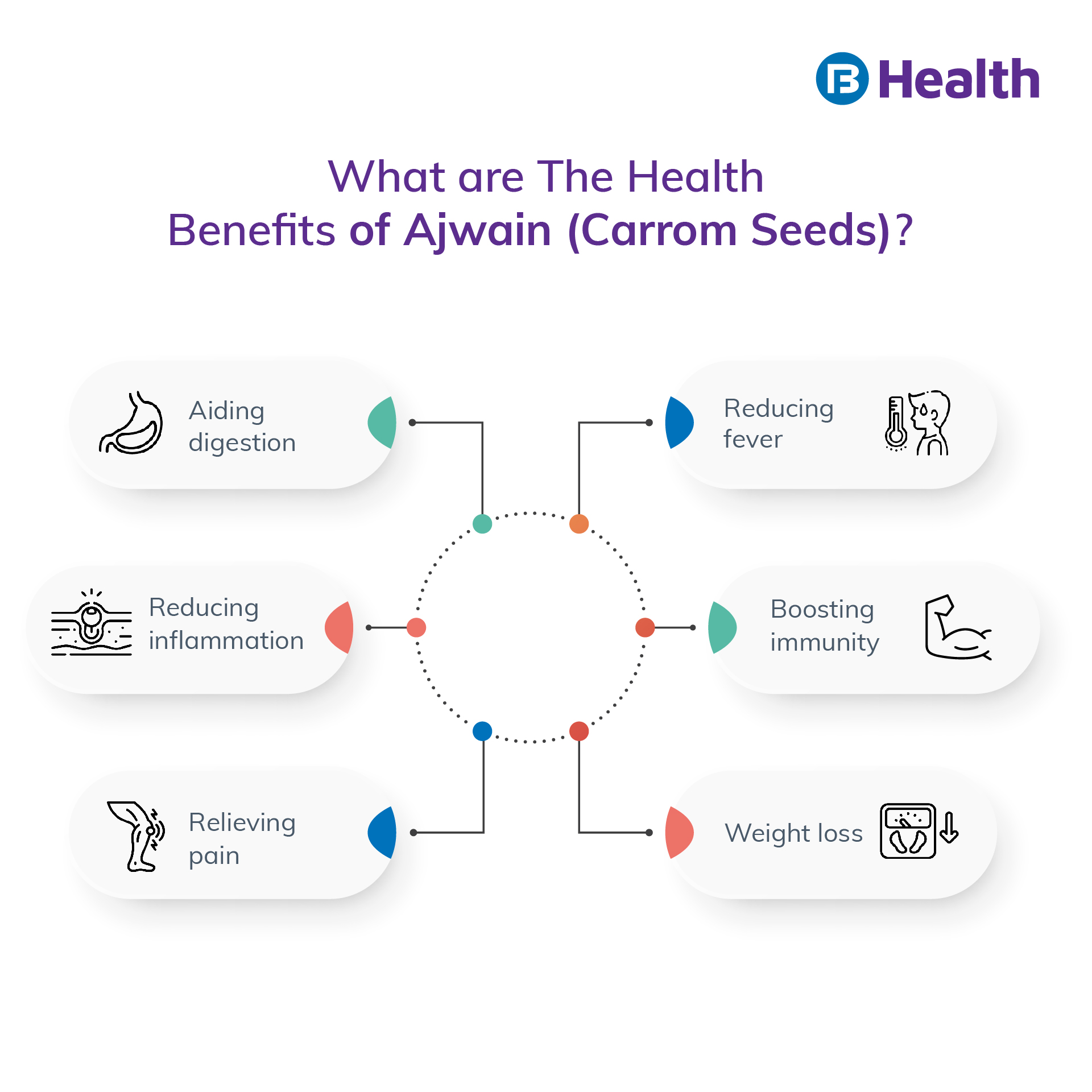 The most common side effect of Ajwain is gastrointestinal distress. Ajwain can cause indigestion, heartburn, and nausea. If you experience any of these symptoms after consuming Ajwain, it is best to avoid them in the future. Ajwain can also interact with certain medications. If you are taking any medication for diabetes, blood pressure, or heart disease, you should avoid Ajwain as it can potentially interfere with the efficacy of these medications.

Ajwain is also known to interact with certain medications, including blood thinners and diabetes drugs. If you are taking any medication, it is important to speak with an ayurvedic doctor before adding Ajwain to your diet.

While Ajwain is generally safe for most people, there are a few precautions that should be taken when consuming it. Ajwain contains thymol, which can be toxic in large doses. It is also a strong diuretic, so it should be used in moderation if you are suffering from dehydration. Lastly, Ajwain can aggravate digestive issues like heartburn and indigestion. If you have any concerns about consuming Ajwain, please consult with a healthcare professional.

Ajwain is generally safe to consume, but there are a few things to keep in mind. Ajwain can interact with certain medications, so it's important to speak to your doctor via an online appointment if you are taking any medications. Ajwain can also cause stomach upset in some people, so it's best to start with a small dose and increase gradually as needed.

The Science Behind Ajwain's Medicinal Properties

The science behind Ajwain's medicinal properties is still being studied, but it is thought to work by stimulating the digestive system and by producing an expectorant effect that helps to clear the respiratory tract. If you're interested in trying Ajwain for its medicinal properties, you can purchase it online or at your local Indian grocery store.

How to Use Ajwain?

The seeds have a strong, pungent flavor that is often used to flavor curries and other dishes. If you're not familiar with Ajwain, you may be wondering how to use it. Here are a few tips on how to use Ajwain in your cooking:

To use Ajwain for indigestion, simply add a teaspoon of seeds to a glass of water and drink it before meals. You can also fry the seeds in ghee and eat them before meals. For best results, use Ajwain regularly for a few weeks.

Additional Read: 7 Effective Home Remedies for Indigestion You Can Try!

Ajwain, also known as carom seeds, is a common ingredient in Indian and Middle Eastern cuisine. These small, oval-shaped seeds have a sharp, pungent flavor that is somewhat reminiscent of thyme. Ajwain is often used to flavor bread, vegetables, and meat dishes.

If you're looking for a new ingredient to add to your cooking, why not give Ajwain a try? Here are some recipes that feature this unique spice:

There are many recipes that include Ajwain as an ingredient. Some of these recipes are for health tonics, and some are for dishes that can be eaten. Regardless of the recipe, Ajwain can be a great addition to your diet. Remember, maintaining good health is important. But sometimes, we fall sick and need medical help. That's why Bajaj Finserv Health Insurance is here for you.

Guggul: Important Guide of Benefits, Dosage and Side Effects