Diabetes is a disease that affects the regulation of blood glucose (sugar) levels. The pancreas produces the hormone insulin, which helps keep blood sugar levels within a healthy range.

Diabetes occurs when the pancreas either does not produce enough insulin or the body does not respond well to it. Blood sugar levels rise when insulin function is impaired, leading to health problems if left untreated. Unfortunately, more than one in every four diabetics is unaware of their condition. Undiagnosed diabetes increases the risk of complications due to delayed treatment. The discussion today is about diabetes symptoms in women, risk factors, and how to find relief.

Diabetes affects over 199 million women today, with a projected increase to 313 million by 2040. [1] Diabetes is the ninth leading cause of death in women globally, accounting for over 2 million deaths yearly. [2]

Diabetes is most common in people over 45, but it is also becoming more common in teenagers and young adults. [3]

Diabetes raises the risk of cardiovascular disease. Heart disease is the leading cause of death in women, making diabetes management even more critical for health and longevity. Diabetes and Hypertension are known to go hand in hand. Women with diabetes are also four times more likely than women without diabetes to have a stroke.

Symptoms of Diabetes in Women

Someone will most likely experience symptoms if their blood sugar is extremely high (short-term). Symptoms can develop when blood sugar levels are chronically high, as in diabetes. The following are symptoms of sugar in females:

Prediabetes is an early symptom of diabetes in women or men, and it occurs when your blood sugar levels are higher than normal but not in the diabetic range. It is usually asymptomatic, but in some people, Prediabetes symptoms manifest as milder versions of diabetes-related symptoms, such as thirst or the need to pee more frequently. Skin changes, such as discoloration or skin tags, are another red flag.

Women with diabetes (type 1, type 2, or gestational) are more likely to have complications during pregnancy if their blood sugar is not well-controlled. Many diabetic women have healthy pregnancies and babies, but their treatment plan is more cautious to ensure the health of both mother and baby.

High blood sugar levels during pregnancy increase the risk of premature birth and birth defects. Babies born to diabetic mothers may be large for their gestational age or have low blood sugar problems after birth.

Diabetes puts pregnant women at a higher risk of gaining too much weight and developing a dangerous condition called preeclampsia.

Even if a woman had well-controlled blood sugar levels before becoming pregnant, pregnancy hormones might cause blood sugar to become more erratic, and diabetes symptoms make women difficult to control. Close monitoring with a healthcare provider trained in pregnancy and diabetes is advised to reduce the risk of complications.

Diabetes type 1 is an autoimmune disorder. The body incorrectly perceives beta cells in the pancreas as invaders and works to destroy them, resulting in a complete lack of insulin, which is required to feed the body's cells.

Type 1 diabetes patients have little to no beta-cell function and must inject insulin to live a healthy life.

Type 1 diabetes is the most uncommon type of diabetes, affecting approximately 2-5% of the world's population and about 1 in 300 American adults under the age of 18. [4] Type 1 diabetes is usually diagnosed before age 18, which is why it is also known as juvenile diabetes.

Additional Read: All you Need to Know About Type 1 Diabetes and Diet Control

It can happen during adolescence, but it is more common in older people. Type 2 diabetes develops when the pancreas doesn't produce enough insulin or when the body does not respond properly to insulin. Insulin resistance occurs when the body does not use insulin effectively.[5] Type 2 Diabetes Symptoms can get pretty serious if not managed. A woman's early signs of diabetic feet are one of the Type 2 Diabetes Symptoms. 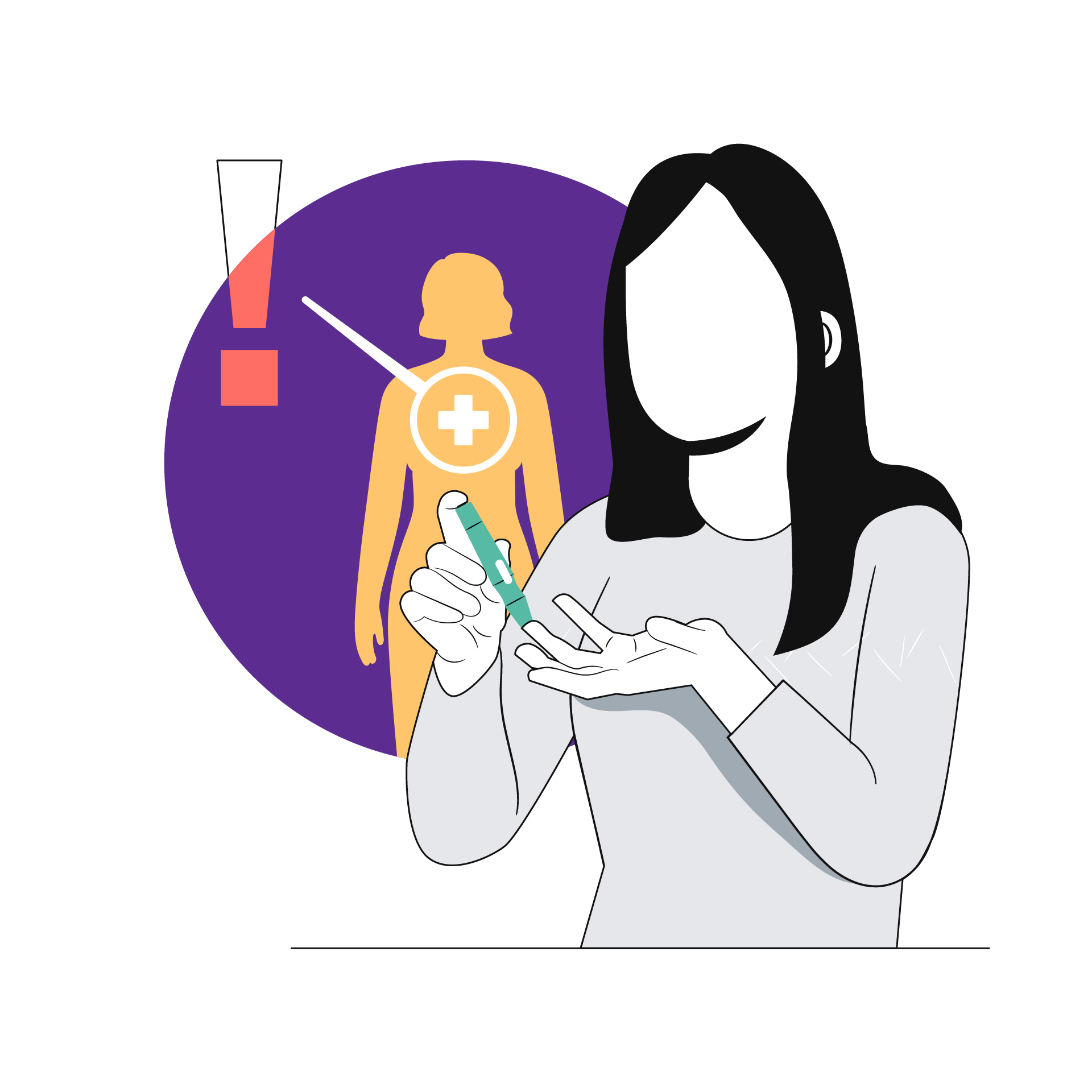 Gestational diabetes (GDM) affects pregnant women. GDM is referred to diabetes occurring in women who have never had diabetes. The drastic change in hormones that usually occurs during pregnancy can cause insulin resistance, resulting in higher blood sugar levels. GDM is usually known to go away after pregnancy.

The following are some of the known risk factors for developing GDM:

Diabetes can cause complications in a variety of ways, including:

Diabetes can cause artery hardening, known as atherosclerosis, which is a risk factor for developing cardiovascular disease (heart disease).

As an artery starts narrowing, it becomes blocked, resulting in a heart attack or stroke, depending on the location of the blockage.

Because of the increased sugar in the urine, which feeds bacteria and yeast, diabetic women are more likely to develop urinary tract infections.

Diabetes may increase the risk of vaginal dryness by damaging the nerves that lubricate the vagina. This can result in painful sexual encounters and sexual dysfunction.

Some studies have even found that symptoms of sugar in females, particularly those suffering from depression, are more likely to have a low sex drive.

Diabetes can also cause damage to the blood vessels in the eyes, resulting in retinopathy. Retinopathy has the potential to cause complete loss of vision.

High blood sugar interferes with the body's ability to heal itself. Infection is more likely when wounds do not heal quickly. If the person also has neuropathy, the chances of wound complications increase because they can't feel the wound, and it may go untreated for a long time.

If limbs are severely damaged as a result of a poorly healing wound, they may have to be amputated. Diabetes is believed to be the leading cause of worldwide cases of leg amputations.

Fortunately, there are numerous treatment options available for diabetic women. Treatment plans are not one-size-fits-all but tailored to each individual's specific needs.

Some women can manage their diabetes without medication, while others do. Taking medication does not imply that someone has failed to control their blood sugars; it often indicates that the pancreas is not functioning well enough to respond well to lifestyle changes alone.

Some of the more commonly used diabetes medications include:

While sugar does not cause diabetes, a higher sugar intake has been linked to an increased risk of diabetes, along with many other risk factors. Added sugars are especially harmful to health because they have no nutritional value and cause large blood sugar fluctuations.

Added sugar is hidden in many common foods, making it difficult to avoid for those who don't know how to recognize added sugar. Foods marketed as healthy, such as yogurt, cereal, and nutrition bars, can be very high in sugar, as can less obvious foods like pasta sauce, salad dressings, and condiments.

Physical activity is an absolutely essential component in the management of diabetes symptoms in women. It is recommended that you engage in 150 minutes of moderate physical activity per week, such as brisk walking. Strength training is also beneficial for improving blood sugar levels and bone health. This is especially important because women are more likely than men to experience bone loss at a younger age.

Fiber is also helpful in promoting heart health and lowering the risk of cardiovascular disease. Thirty grams of fiber per day is a good target to aim for.

Diabetes is a disease that affects people of all ages and genders. Diabetes is becoming more common around the world, and many people are unaware they have it. Diabetes can have a negative impact on women's health if it is not properly treated. Fortunately, many aspects of diabetes treatment can improve blood sugar control while also improving health and wellness. Through a combination of lifestyle changes, medication, and natural treatments, women can reduce their chances of developing diabetes complications and live happy, healthy lives.

For any more questions, you may have, visit Bajaj Finserv Health and get a doctor's consultation from the comfort of your home. With the convenience and safety this offers, you can start taking the best care of your health!

Is Papaya Good for Diabetes? Nutrition Facts and Benefits

What Foods to Avoid with Diabetes? 9 Foods to Watch Out For

Wolfram Syndrome: 3 Things to Learn About This Rare Disease