Gender dysphoria is a condition where an individual feels uncomfortable with their biologically assigned gender. This affects their mental state as well as their ability to socialise. This article discusses the issues faced by people suffering from gender dysphoria.

The identification of a boy or girl as gender is no longer tenable as individuals often encounter conflict between their biologically assigned gender and gender expression. Consequently, gender dysphoria is a condition where individuals struggle with their gender identity assigned at birth. These individuals are often uncomfortable with the role society assumes they will play according to their biological characteristics. Some people may experience this feeling at all times, while for others, this feeling may come and go. So, let us look deeper into why gender dysphoria sets in and how to manage it.

What is the definition of dysphoria?

Dysphoria is when a person experiences discomfort expressing gender behavior matching biological and physical characteristics. Gender identity sometimes gets mixed in transgender and gender-diverse people, causing a significant impact on their quality of life.

According to the American Psychiatric Association (APA), victims of gender dysphoria are prone to experience depression and suicidal tendencies besides substance abuse. So understanding the meaning of dysphoria, its symptoms, and its diagnosis can help people with gender identity disorder access proper healthcare and treatment. However, dysphoria management focuses on mitigating discomfort rather than identity.

Some may opt for medical transitioning to the gender they identify with. Since a person’s sexual orientation and gender identification are unrelated, gays, lesbians, bisexuals, or straight individuals can experience gender dysphoria.

What are the symptoms of dysphoria?

Though gender dysphoria often begins in childhood, others can experience it after puberty or even later in life. Since we already know that the condition can manifest in childhood and later, let us look at the symptoms separately.

What are the causes of dysphoria?

You must understand the difference between gender expression and gender identity before looking for the reasons for dysphoria. So, gender identity refers to a person’s psychological impression of gender, while expression is the presentation to the world. For example, a dress is considered feminine, while a tuxedo is masculine.

Gender dysphoria may result from a combination of complex factors, including physical, psychological, and social, without any specific cause.

Therefore, the possible reasons for gender dysphoria are:

How is gender dysphoria diagnosed?

A person must experience sustained and significant distress symptoms during their daily activities due to the conflict between gender expression and physical gender. According to the American Psychiatric Association (APA), a person must experience such feelings for at least six months. However, the diagnosis for children differs from adults depending on the criteria used by consultants. Moreover, gender dysphoria affects 0.005 to 0.014% males compared to 0.002 to 0.003% females.[1] Finally, a mental health test can also help diagnose the condition.

What are the challenges faced by gender dysphoria sufferers in India?

The primary feature of gender dysphoria is the distress people suffer due to a mismatch between their gender expression and inborn gender. The determination of natal sex is biological, while the social construct determines gender expression.

In India, the lack of knowledge in society about sexuality and sexual practices complicates the issue of gender identity even more. Additionally, Indian medical professionals still lack adequate understanding of the subject.

What are the management techniques for gender dysphoria?

Specialists help individuals dealing with gender dysphoria explore their feelings and thus ease their distress. Although there is no one-size-fits-all solution, the management options include the following:

The method gives individuals the space to understand their feelings and emotions, which can help them cope with gender dysphoria. Therapy effectively deals with dysphoria issues in school, workplaces, and relationships. The treatment mitigates depression and anxiety while boosting self-esteem.

Individuals can choose the path they wish to pursue. One can choose to live part-time or full-time in the other gender’s role. Adopting names and pronouns associated with the chosen gender is among the accepted norm. The other ways to alter gender expression include:

A customized self-care regimen helps mitigate physical and psychological health concerns. Some tips that help include:

Children between the ages of 2 and 4 are most vulnerable and show gender dysphoria. [2] However, there are cases where the symptoms appear much later, especially at puberty, when they begin to reject their biological sex. However, children displaying non-conforming behavior are not necessarily suffering from gender dysphoria. On the contrary, many children emerge from the early signs of dysphoria as they grow up. According to an APA note, children with intense and persistent symptoms of dysphoria are potential transgender adults.

How do you support people with gender dysphoria?

Therefore, persons with gender dysphoria who have the support of their loved ones are less likely to suffer from depression, anxiety, and other adversities.

A person with a risk of self-harm needs the following:

So, get a doctor consultation at Bajaj Finserv Health for insights into timely management and treatment. It can help prevent harmful complications like anxiety, depression, and suicidal ideation. 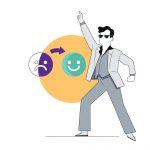 Autumn Sadness: Here is How You Can Overcome It 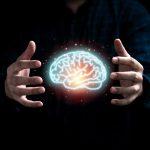 What Is Serotonin, And What Does It Do?

Autumn Anxiety: Is It Normal to Feel Anxiety in This Season?

Narcissistic Personality Disorder: Vital Facts and How to Manage It