Febrile seizure is caused due to certain infections and is of two types. The symptoms and treatment differ according to the types. Learn more about this.

Children between the ages of six months to six years often face a relatively less known disease. This disease is known as febrile seizure. It is a fit or an episode that continues for a few minutes and about fifteen minutes for others. It is mostly seen in children ranging from twelve to eighteen months old. Parents are bound to get scared if they see their child undergo febrile seizures. But, this is not epilepsy. Long-lived fits do not cause damage to the child's brain. Hence, even a short-lived fit will not cause any damage to the brain. Instead of panicking, parents need to properly assess the situation and work accordingly. Studies predict that around thirty percent of children with febrile seizures are bound to have another during their lifetime. [1] But, it is not known when they will have.

This kind of Seizure is caused due to fever or a temperature rise. It is most prevalent on the first day of the illness. As the child's temperature increases, the chances of a seizure increase. It is observed that the patients or children have had a temperature of about 100.4 degrees Fahrenheit or 38 degrees Celsius [2]. But febrile seizure causes cannot always be linked to fever. Some children had shown symptoms even before fever was detected. This fever is generally caused due to an infection or a germ entering the body. In extremely low cases, though, a febrile seizure occurs due to vaccination.

The reasons why there is a rise in the temperature of the human body are: 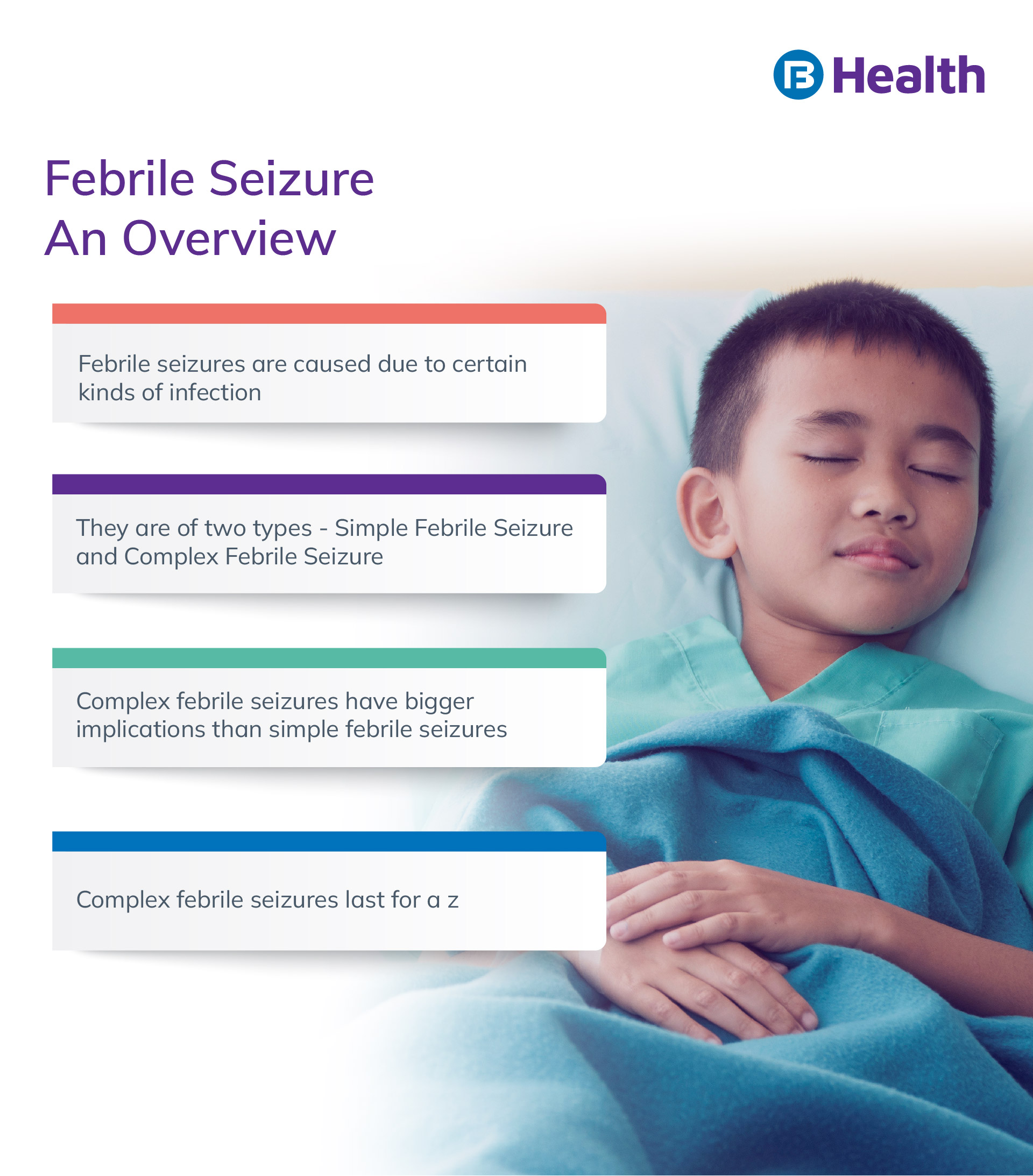 Febrile Seizure is of two types:-

Febrile Seizure symptoms are as follows:- 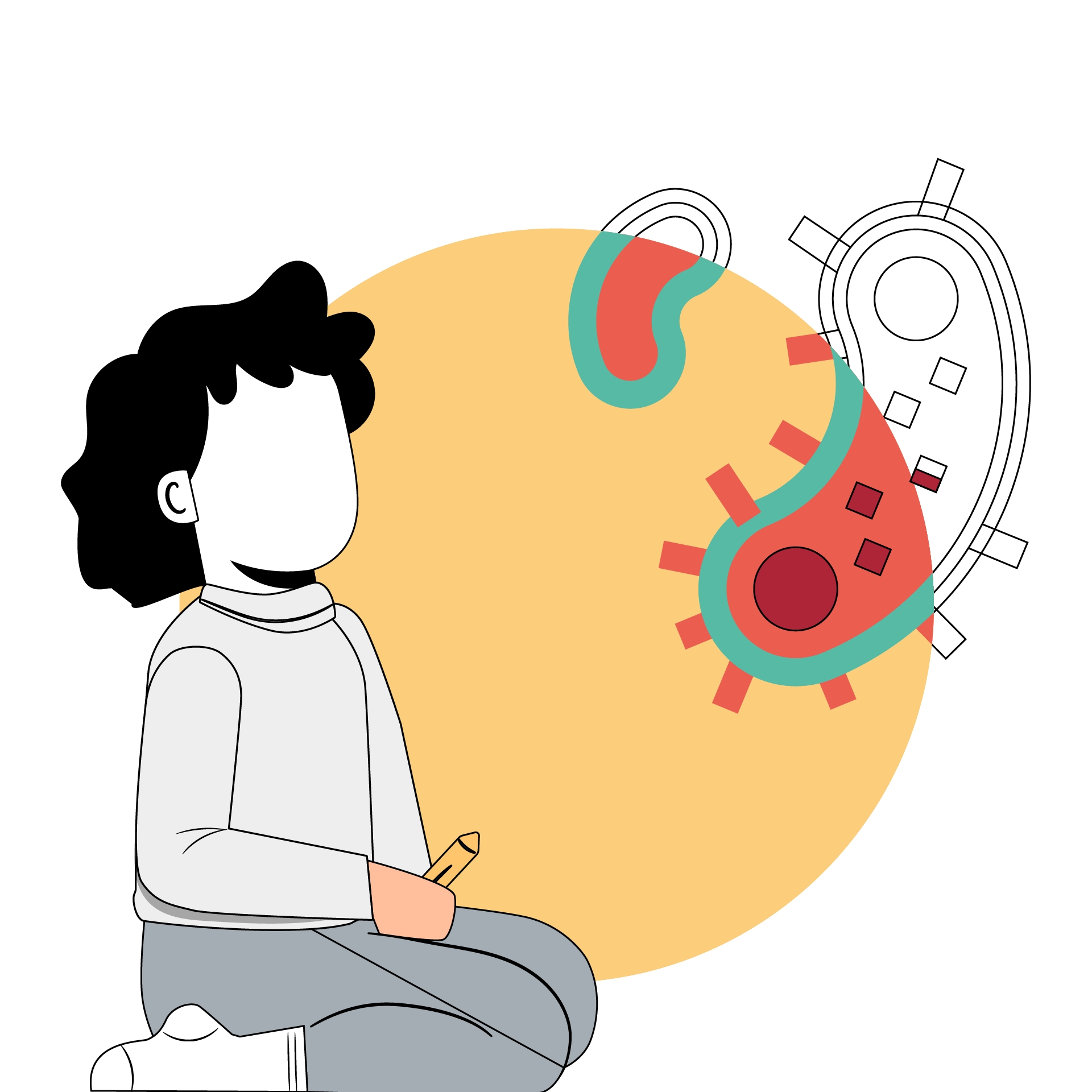 One in three children tends to have a febrile convulsion in a short period if they catch a short infection period. This febrile Seizure can occur within a year of the first one happening. (3) Some of the reasons for this happening are:-

It is advisable for parents to have the right child health insurance, as, at times, there may be a good amount of cost involved in the treatment. However, it is impossible to control febrile seizures by consuming medicines that bring down the temperature. But, in certain exceptional circumstances, where the child is having regular seizures, they might be prescribed medicines like diazepam or lorazepam to consume at the beginning of the fever.

There is no framework for febrile seizure treatment that exists. But, a few precautionary measures and steps can be taken. Those are mentioned below.

Simple febrile seizures do not require any kind of treatment. They do not last for more than a few minutes and, thus, do not have any medication of any kind. Children recover from it quite fast as well. Parents, though, can give certain medicines which bring down the temperature. Medicines like acetaminophen or Tylenol and ibuprofen or Motrin should be given. They do not reduce the chances of a future febrile seizure, but they bring down the temperature and relieve the child.

When a child has a febrile convulsion for the first time, they are not near a doctor. So, parents have to take note of several things like:-

It becomes easier for a doctor to diagnose the Seizure after looking into these symptoms and going through the height, weight, and age chart for kids.

For those who have complex febrile Seizures, the treatment procedure is complex. Several other medical procedures and tests may be required, like an EEG or lumbar puncture. Rectal diazepam may also be prescribed.

Parents need to remain calm during a febrile seizure. Even if it is a complex febrile convulsion, the child's chances of epilepsy are very rare. But, if parents want, they can look into online doctor consultations from Bajaj Finserv Health to understand the situation better.

All About Turner Syndrome: What are Its Causes and Symptoms?

Gigantism: Can You Cure It? What are Its Possible Causes?

A Detailed Guide on Progeria and Its Treatment

Newborn Jaundice: How to Take Care of Your Little Ones?