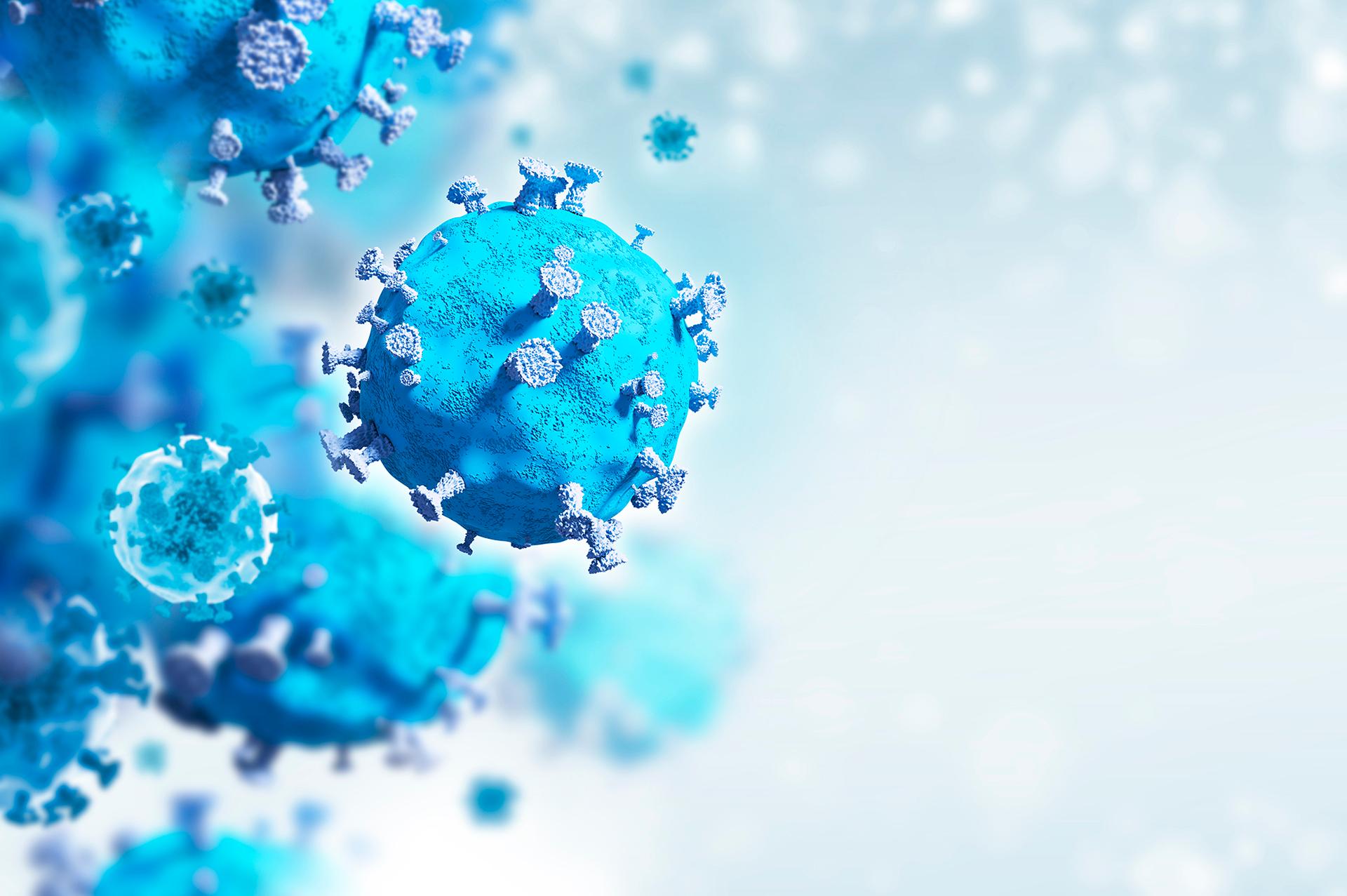 What is T Cell Immunity and How Does it Help Against COVID-19?

Researchers have concentrated on antibodies for developing vaccines against the COVID-19 infection thus far. However, COVID-19 variants caused by the SARS-CoV-2 virus may be partially resistant to antibodies [1]. Scientists are now focusing their attention on other immune responses to fight against the virus.

T cell immunity, in particular, could provide immunity against COVID-19, even if antibodies become less effective. Researchers are studying data that could possibly lead to a longer-lasting T cell response. Similar to B cells which produce antibodies, T-cell immunity plays an important role against viral pathogens [2].

However, T cell-mediated immunity targets specific pathogens and fights them on encountering them. Studies have reported that those infected with the SARS-CoV-2 virus generate T-cell immunity that fights at least 15-20 different parts of the virus [3].

To learn more about T cell responses in COVID-19 and how it functions, read on.

Although the main role of T cells is to fight specific infectious diseases, they play their part in other areas of adaptive immunity. Your immune system can initiate a T cell response against tumors and allergens. The functions of T cells change throughout your life. During childhood, T cells play an important part in developing immunity against common pathogens. They also create long-term reserves of memory T cells that can be preserved even after growing up.

In adults, T cells encounter fewer novel antigens as they usually maintain immunoregulation of chronically and previously encountered antigens. They also help to detect tumors at this stage of your life. The functionality of T cells reduces as you age, leading to dysregulation of pathogens and the immune system. Although T cell immunity can maintain immune homeostasis over decades, it can also be responsible for inflammatory or autoimmune conditions.

Additional Read: Do You Know That Your Body’s Natural Killer Cells Protect You? Here’s How 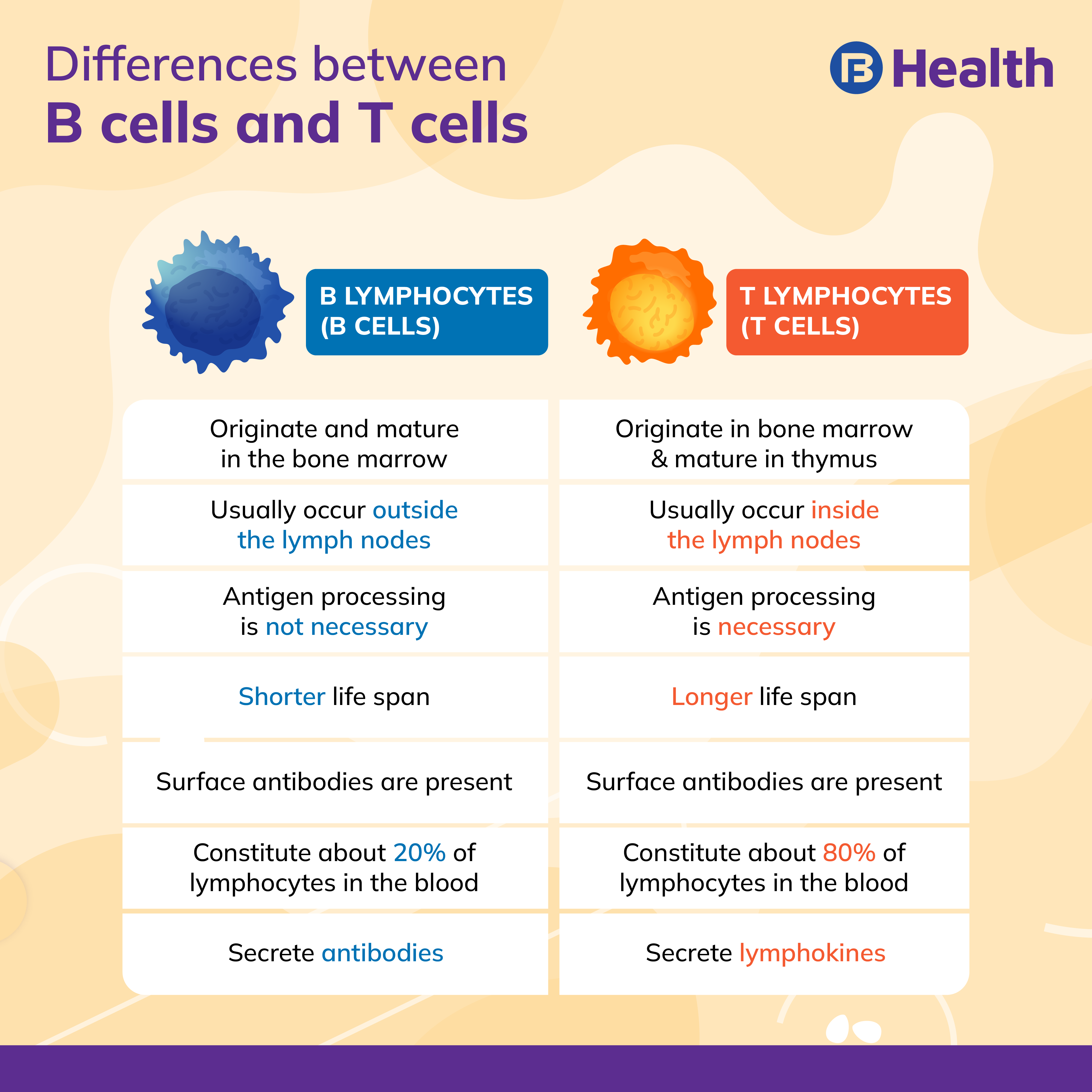 How Does T Cell Immunity Work?

Although T cells form in the bone marrow, they mature in the thymus. After their development, T cells reach the peripheral lymphoid organ through blood circulation. They move through the lymphoid tissue and return to the bloodstream. However, they aren’t activated until they recognize specific antigens.

Matured T cells that have not encountered antigens yet are known as naive T cells. These cells keep recirculating between the blood and the peripheral lymphoid tissue until they encounter their specific antigen and participate in adaptive immune response. Normally, several types of T cells are involved in the activation, and together form the MHC complex.

There are 3 main types of T cells, namely, cytotoxic, helper, and regulatory cells [4]. A co-receptor known as CD8 is present on the surface of cytotoxic cells. It partners with the T cell receptor and MHC class I molecules to act as a bridge that allows cytotoxic cells to recognize and kill infected cells.

The helper T cells have a different co-receptor known as CD4 that works with the T cell receptor and MHC class II molecules allowing helper T cells to detect pathogen peptides. These helper T cells then become activated and produce cytokines to signal other immune cells.

Similar to helper T cells, regulatory T cells also have a CD4 co-receptor on their surface. However, they do not activate the immune system but act as a protection by stopping the immune response after its use. This protects normal tissues and cells in your body from getting damaged. The activation of T cell immunity doesn’t always depend on the MHC complex. It sometimes requires secondary signals from other molecules. Post activation, communication between the cells occur in the form of cytokines.

According to researchers, people who suffer from a severe disease, in general, develop a stronger and long-term T cell immunity. In a study conducted, CD4+ T cells were found in people who recovered from SARS-CoV-2. This indicates the potential for developing T cell memory and hopefully long-term immunity [6].

As it requires a strong immune response to eliminate a virus, boosting the function and quantity of T cells in COVID-19 infection can prove beneficial for patients’ recovery.

Additional Read: Coronavirus Reinfection: An Important Guide To How Long Your Immunity Lasts

As you can see, scientists are making breakthroughs by discovering the potential of our immune system such as T cell response. However, right now it is your responsibility to protect yourself against the coronavirus. Maintain a healthy lifestyle to boost your immunity and get vaccinated at the earliest. Use the vaccine finder on Bajaj Finserv Health to book a slot with ease. You can also book an online doctor consultation and get professional advice on T cell immunity and your health.