Autumn Yoga Poses To Get You Ready For The Season

Fall is coming, and it's time to get ready. Fall is a great time to work on your flexibility and muscle strength and get into some yoga practice. It's also great to start practicing more poses we'll be learning in this section. In this section, we'll cover poses that will help you prepare for the cold weather.

It's almost that time of year again: the leaves start changing color, and fall is in full swing. And what could be the better way to start it off with autumn yoga poses? There are plenty of reasons to get excited about the change of seasons—but for some, it can be hard to look forward to autumn when trying to figure out how best to prepare for it.

When we think about getting ready for fall, our minds turn towards cold temperatures and football games (or maybe pumpkin spice lattes). But autumn yoga? Well, that's another story altogether.

Downward-facing dog is a pose that can help you release stress and tension in your hips, lower back, and shoulders [1]. It also helps to open up the chest muscles by stretching them out. But, of course, you'll also feel this in your arms: they might feel like they're floating or sinking into a pool of water.

To get into this pose:

Additional Read: A Guide to the Top Exercises and Foods that Burn Belly Fat 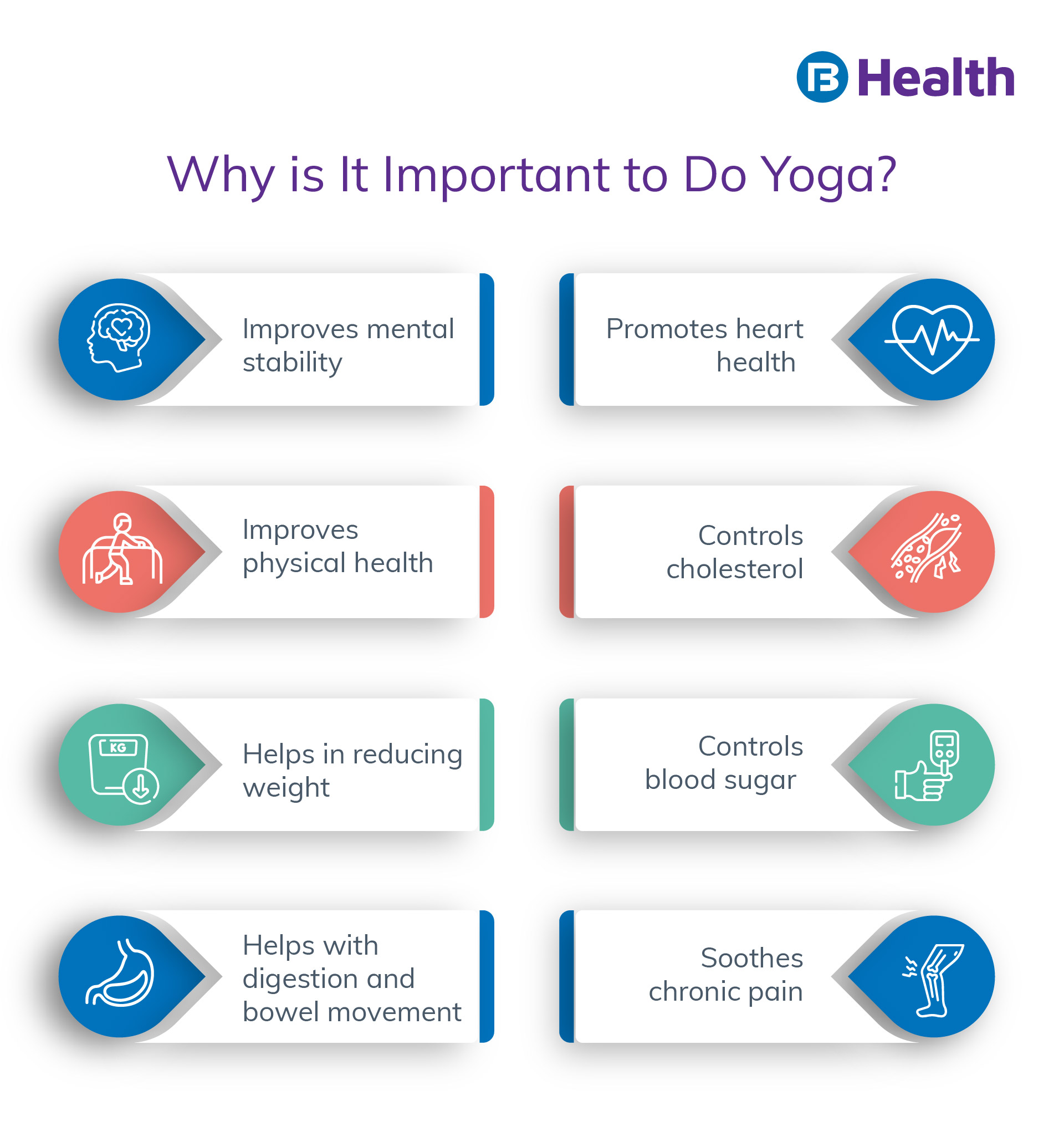 A chair pose is a great way to feel the stretch in your hamstrings and lower back, which are often tight from sitting for long periods. It also helps open up the chest and shoulders, two areas that tend to be underused when sitting all day. If you're having trouble getting into this pose, try doing it with your legs straight out before bringing them together behind you.

The pose can be modified if need be—for example, if one leg feels tight while trying to get into a chair pose (which will often happen), rest that foot on top of its toes so that it doesn't pull on anything else while still feeling grounded in place. You can also hold onto something like a wall or couch cushion while practicing this asana if holding onto something helps keep balance steady enough for successful execution.

The plank pose is a great pose to get ready for fall. It stretches the shoulders, chest, and back strengthens the core, and helps balance. In addition, it can also be practiced inversions such as headstands or shoulder stands (an inverted version of plank).

Tree pose is one of the most commonly practiced best fall yoga poses. It's simple to get into but can be challenging to hold for longer than a minute or two. Try placing a block under your feet or against a wall before practicing the tree pose to make it more challenging.

When you're ready to come out of this pose: Step on your hands and knees, then lift through an inverted V-shaped position (you should feel your legs stretch toward their fullest). Then press down your hands so they rest on either side of your shoulders.

This will help keep you stable while increasing flexibility in the hips and lower back area; once again, pressing down firmly here will help build strength there too! Finally, when coming out of this stretch, take care not only how much pressure was put upon our joints but also how much effort was given throughout each movement from start to finish - if done correctly, then both parties involved should feel satisfied by their actions at completing this routine safely without injury occurring along its way.

Warrior II is a great pose if you want to strengthen your legs, arms, and shoulders [2]. It also opens up the hips and chest, which helps with digestion. This pose is also famous in yoga for hair growth.

This pose can be done in the morning to get the blood flowing through your system before you start moving around. At night it's best done after dinner when you're winding down from whatever activity makes it hard for you to relax. 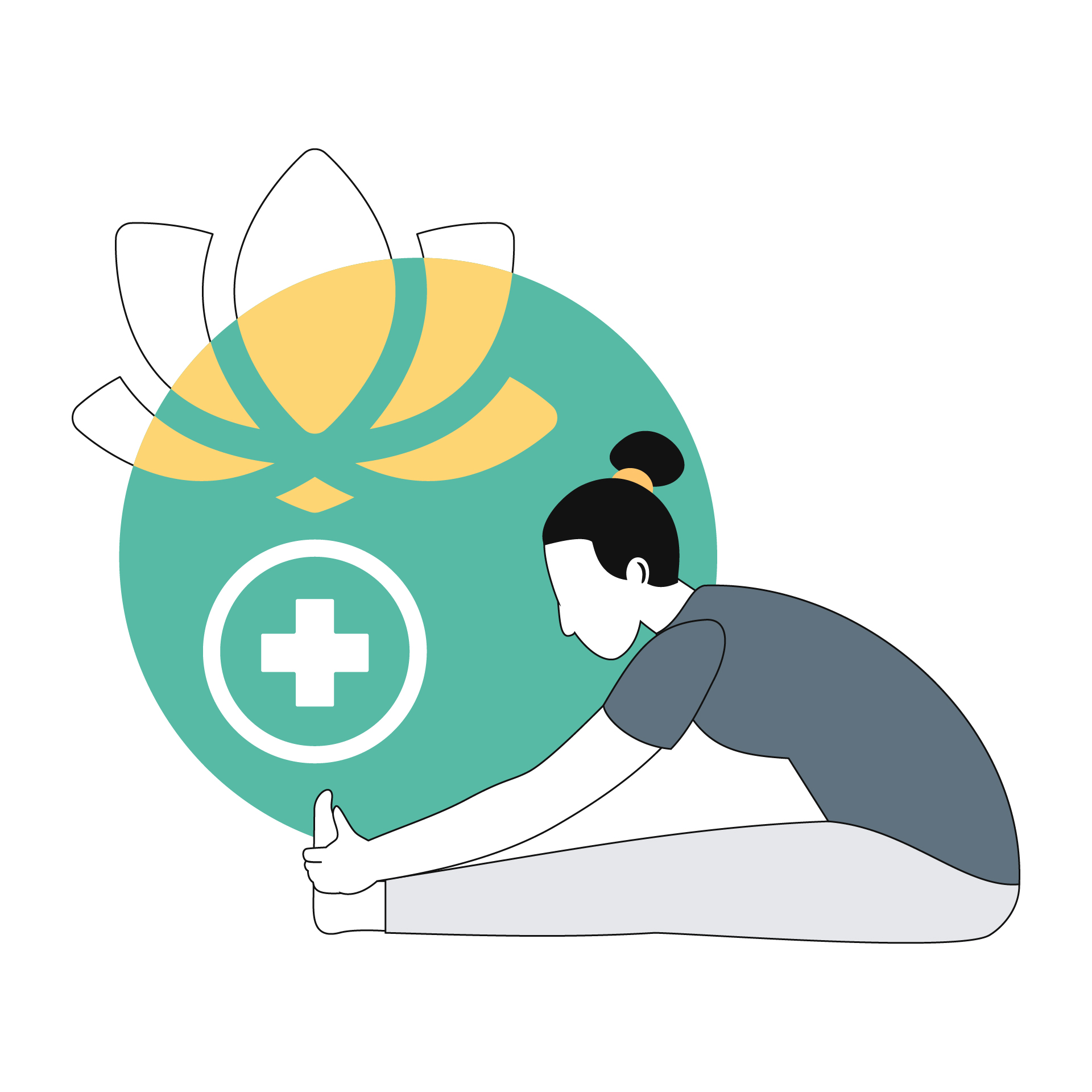 This is the best pose for yoga for belly fat. For this pose, you'll need to lie on your belly with your arms extended out from the sides of your body. Then lift into a tabletop position and place one foot on the other, facing each other. You can hold this pose for as long as it feels right for you, but ideally, no longer than 10 minutes at a time.

Bring one hand underneath your chest to deepen this pose further while keeping the other overtop. If it feels good to bend at the waist without straining any muscles or joints (or if there isn't enough room), try placing an elbow under each hip bone instead.

It is one of the best autumn yoga poses. To get into the pose, start by lying flat on your back with your knees bent and feet flat on the floor. Place one hand on each side of your head, then rotate them so that they go toward the ceiling (this will help support your neck). Inhale as you lift through each shoulder blade; exhale as you lower down to place weight on just one shoulder blade at a time.

Next, breathe deeply for five counts and hold for another five counts before releasing completely from this position.

Follow up with a deep inhale through the nose; exhale fully out of the mouth while reaching down toward the opposite hip bone using inner thighs and outer hips as guides. Stay here for five breaths before moving into Chaturanga Dandasana without bending your legs.

Stand with your feet about hip-width apart and parallel to one another. Bend your knees, bringing them toward each other as you fold forward through an inverted V shape, keeping your back and head straight. If this is too challenging, start with a modified version by supporting yourself on a block or wall instead of bending over. Hold for 30 seconds to 1 minute before moving on to another pose.

In traditional boat poses, you'll want to keep both legs straight to parallel each other while keeping your arms relaxed at shoulder height if possible. To transition into different boat pose variations, try standing up directly first, then lowering down onto all fours before returning up onto two feet again.

Boat Pose is excellent for building core strength because it requires balancing out both upper body and lower body muscles, such as those in our hamstrings and glutes, which helps improve overall posture.

If this is too difficult, try placing blocks under each knee instead.

This is an excellent pose for beginners and those with difficulty with other poses. It stretches the back, hamstrings, and groin muscles while strengthening your core. The best part of this pose is that it increases your heart rate to burn more calories! It's also great for blood flowing throughout your body by increasing circulation in the lower abdominal area.

Here are some autumn yoga tips for pose modifications:

So, whether you're looking for a quick, easy way to get in shape or want to take your autumn yoga practice to the next level, these poses can help. The more time you spend practicing them, the more flexibility and strength they will give you—which means better alignment in your postures.

You can also get a doctor consultation online or from a General Physician to better understand what you should do and what not. Hope this article helped you in all possible ways! 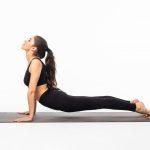 Yoga for Back Pain: Will These Poses Give You Relief? 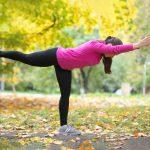 Autumn Yoga Poses To Get You Ready For The Season Yoga For Belly Fat To Get The Best and Effective Results

Autumn Yoga Tips: New and Effective Ones to Follow